Below is a copy of the citation that was read at the presentation of an Honorary Life Membership to Mrs Robyn MacCulloch, Deputy Head, Girton Grammar School.

The presentation was made on Friday 23rd September, 2016, at an all-staff assembly.

I am truly delighted today to bestow an Honorary Life Membership of the Old Girtonians’ Association on Mrs Robyn MacCulloch.

Mrs MacCulloch joins only ten other people previously bestowed this level of membership to the OGA.

When I was researching Mrs MacCulloch’s background to confirm her eligibility for this accolade, I was overwhelmed by what I found.

What stood out most amongst reams of achievements and contributions of all kinds was not the obvious positive impact that she has had on Girton’s academic curriculum and rigour, nor her exemplary teaching skills and commitment to student welfare, or even her detailed planning and delivery of the School’s major events.

What stands out the most is what her students say about her and the degree to which her colleagues recognise her as a good and decent human being.

“She is tough minded and tender-hearted in her dealings with adolescent children. She will support the distressed in every way, and give no ground to the silly or destructive.

She will question, debate and produce argument and counter-argument and then fall 100% behind either my decision or that of the team.”

He of course, also acknowledges her legendary good grace, particularly under pressure.

Mrs MacCulloch worked side by side with Mr Jones for over seventeen years and deputised as Head during his sabbatical year in 2003.

As Deputy Head, she was instrumental in establishing Girton Grammar School after the collapse of Girton College in 1992. In particular, she did all of the Curriculum documentation and preparation for the establishment of the School and was in charge of Curriculum for the School’s first five years.

During that time, Mrs MacCulloch introduced a number of innovative Curriculum initiatives such as the Individual Research Project for Year 9 students and the Year 8 Project for Year 8 students.

Subject areas at the upper end of the School were expanded and VET subjects were introduced.

It is in no small part, thanks to the inspiring speeches and conviction of the School’s Deputy Head, that parents enrolled their children into a new School that was set up and ready to operate within a matter of weeks; possibly an Australian first, given the usual requirement of a two year lead-in time.

Creativity is another great strength of Mrs MacCulloch’s. She is the brains behind the now renowned “Boys Item” on Speech Night, which was originally introduced to encourage male students into the Performing Arts. It all started with the full school cohort of boys putting on top hats and singing “Putting on the Ritz”.

Mass involvement of students in a range of activities is a defining feature of the School that endures to this day, giving older students the opportunity to be role models for younger students and creating a culture of ‘togetherness’ within the School.

Other enduring strokes of creativity that Mrs MacCulloch conjured include the “Warm and Fuzzies” awards for departing Year 12 students and the Honour Board that now proudly hangs outside the Headmaster’s office, depicting each student with the name of the Tertiary or other course that they obtained entry into upon graduation.

There are endless examples of students describing Mrs MacCulloch’s History classes as literally life changing. Old Girtonians talk frequently of being better off in life for having known, and been taught, by Mrs MacCulloch.

Her classes are described as fast paced, exciting and thought provoking and her students say that every ounce of hard work they put into her classes or their homework is at least matched or surpassed by Mrs MacCulloch’s own hard work in weekend lessons, holiday classes, endless editing of essays, one on one tuition and rigorous instruction on the written word.

Her own students acknowledge that she is able to engage even the most reluctant student and her extraordinary capacity to express concepts efficiently and in a way that allows students to appreciate complex issues.

She seems born to the job – this, from a supervisor at Parramatta Marist High School in 1986; “I cannot speak highly enough of her as her talents are so many and varied.”

The 1998 Girl School Captain at Girton said, “You are a strong, savvy, intelligent woman who yields a certain power and gets straight to the point, but perhaps more so, you are fair and compassionate.”

And, from a past student, an online post for International Women’s Day this year; “Mrs MacCulloch is hands down one of the most inspirational women I’ve ever met…She is a truly incredible woman, and I will never stop being grateful that it was her who truly sparked my passion for history, for learning, and for sharing my knowledge with others.”

For twenty eight years of unmatched commitment to a School that would not be the same without you, and would possibly not be here at all, on behalf of the OGA, current students, current staff and Headmaster Mr Matthew Maruff, I thank you and congratulate you. 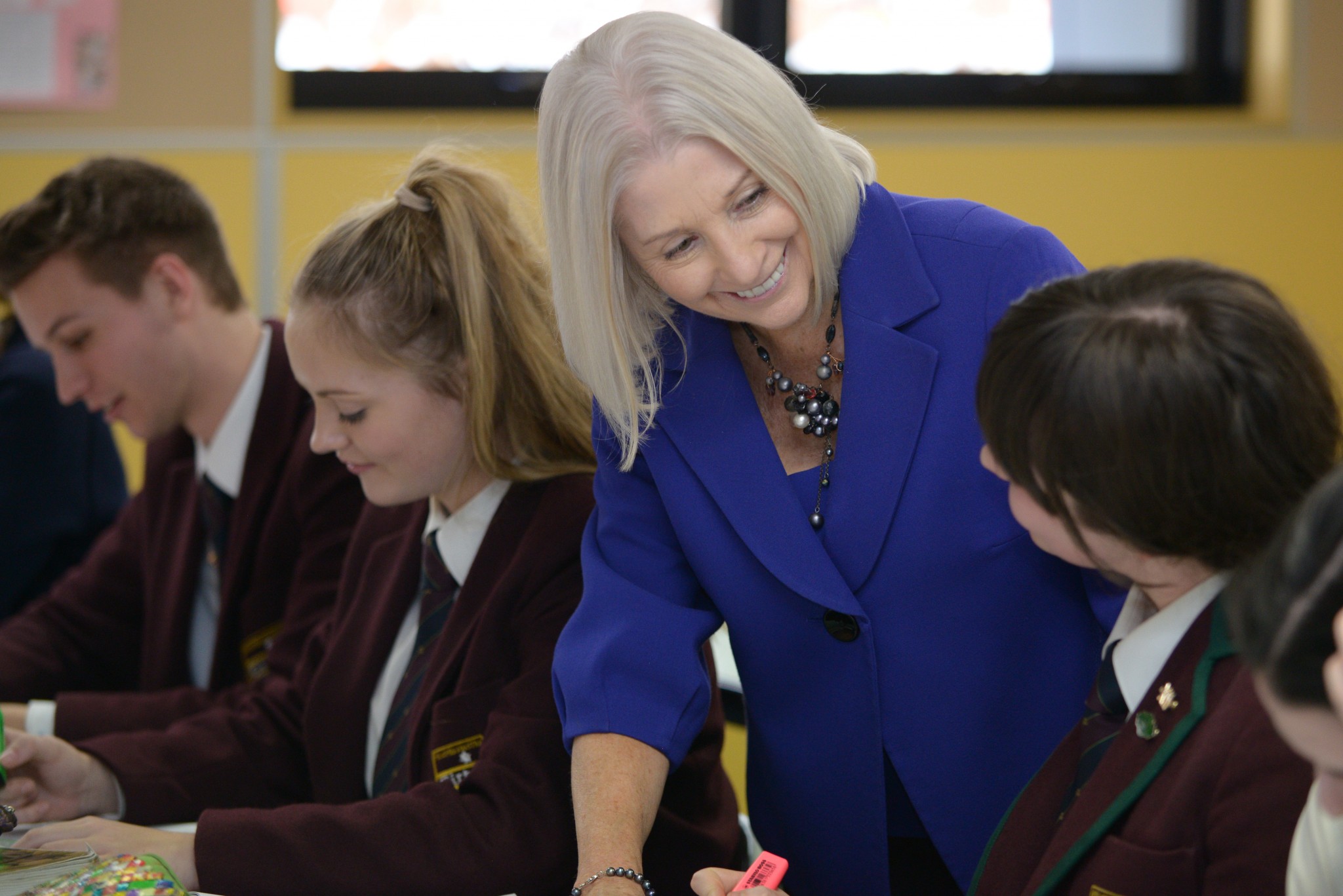