Each year, awarding the OGA Departing Girtonian Scholarship is a difficult task. More often than not, judges spend days deliberating on the final two candidates who can barely be split. In 2021, the decision about who should win became impossible, and so, two students have been awarded a $2,000 Scholarship; Erin Collins (12 Jones) and Sanjana Jijo (12 Frew) are the proud winners of a 2021 OGA Departing Girtonian Scholarship.

One of the traits that a promising departing Girtonian demonstrates is a commitment to personal development. Erin Collins has impressive levels of self-awareness, facilitating an open mindset and a desire to seek feedback for personal improvement. Erin is more than a participant in life. She immerses in it and tries to get as much out of every opportunity that she can. In her scholarship interview, Erin said that she is motivated by the simple fact that she loves everything that she does. This passion is evident by those around her who benefit from her enthusiasm and describe her curiosity and eagerness to try new things as contagious.

Hand in hand with being self-aware, Erin is a caring and compassionate person, often described by others as full of grace, positivity and empathy. With her eye on a future in the healthcare industry, Erins natural inclination to look after others will be an asset. Erin is driven by a desire to be a part of the solution in delivering healthcare in regional areas where it is needed most. Her volunteer work at the St John of God hospital, where she visits patients to brighten their day is a good example of Erin’s effortless care and respect for others.

When it comes to leadership, Erin’s approach is one of servitude and example. She is described as a natural leader who never overtly seeks the limelight, instead choosing to be an integral team player who is happy to fill any role required. Her teachers repeatedly refer to her as reliable and say that she is the first to volunteer to run informal activities and tasks, leading by example. In her scholarship application, Erin described the ability to listen as a core skill in a leader. She believes that a leader should facilitate the goals of the team, not demand obedience. Erin’s experience has been that when leaders value individuals, this contributes to motivation and cohesion, amplifying positivity and understanding between group members.

Erin describes her involvement in the Performing Arts as a significant piece of herself. She describes fellow theatrical cast members at Girton, The Bendigo Theatre Company and Tribe as family. In her time at Girton, Erin has been Co-curricular captain of Vocal Stagecraft and a Peer Support Leader. She has achieved Full Colours for Jones House in Drama, Music, Performing Arts and Academic Excellence.

Academically, Erin is described by her teachers as disciplined and focused. She is a known contributor in class and strikes a healthy balance between her studies and other activities which she knows are beneficial to living a healthy life.

As a recipient in Year 10 of the Rotary Club of Bendigo Tom Glazebrook Scholarship for general excellence, citizenship, commitment and involvement in the school community, Erin has a strong history of being a good all-rounder, making her an exemplary role model for other students and thoroughly deserving of the 2021 OGA Departing Girtonian Scholarship. 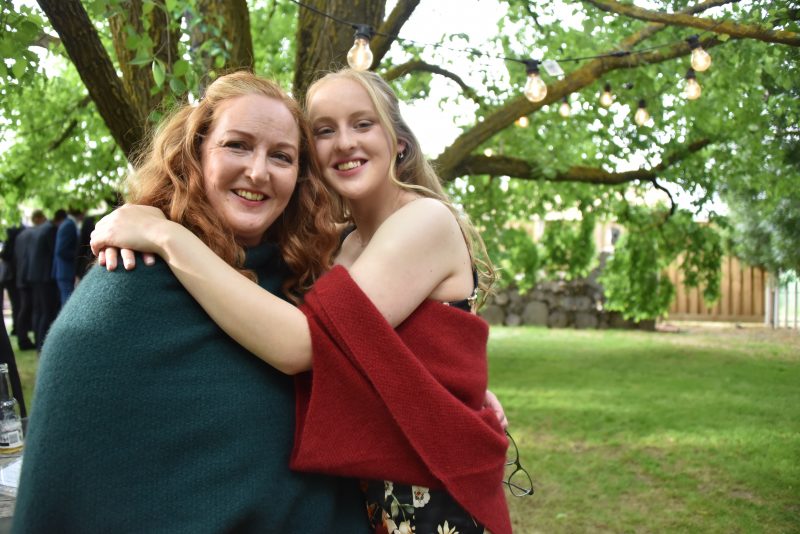 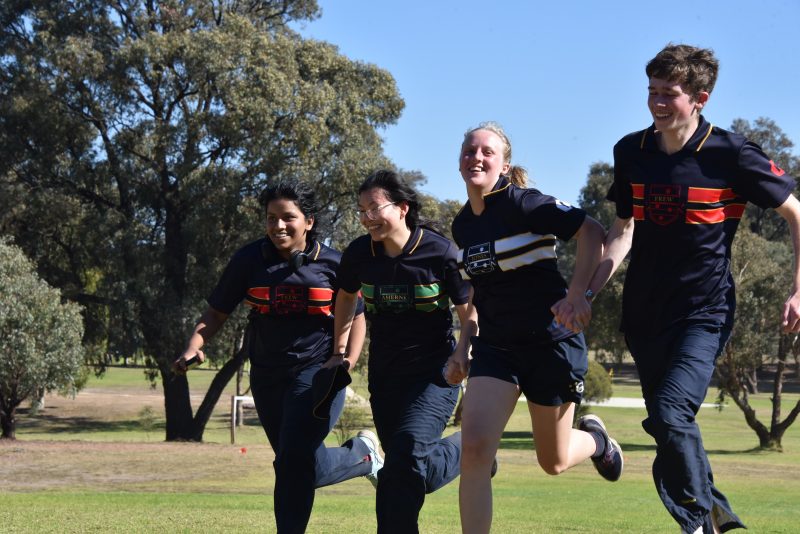 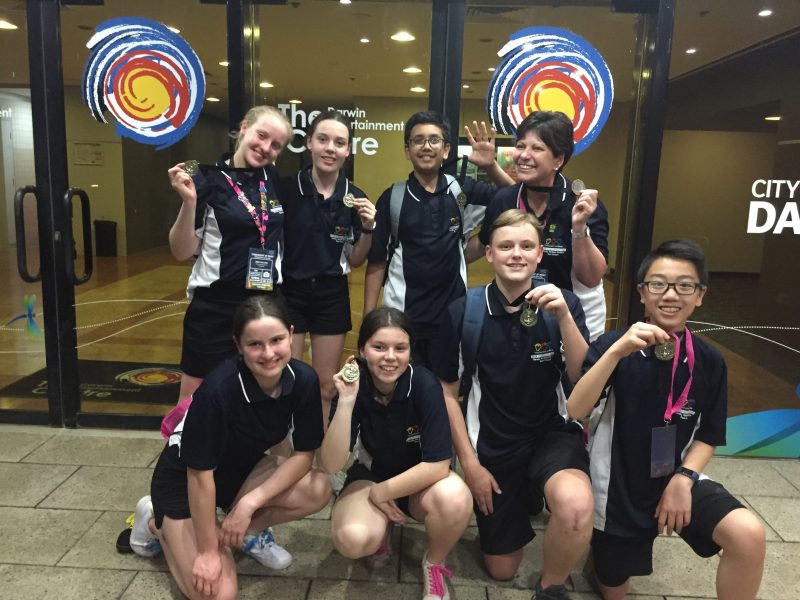 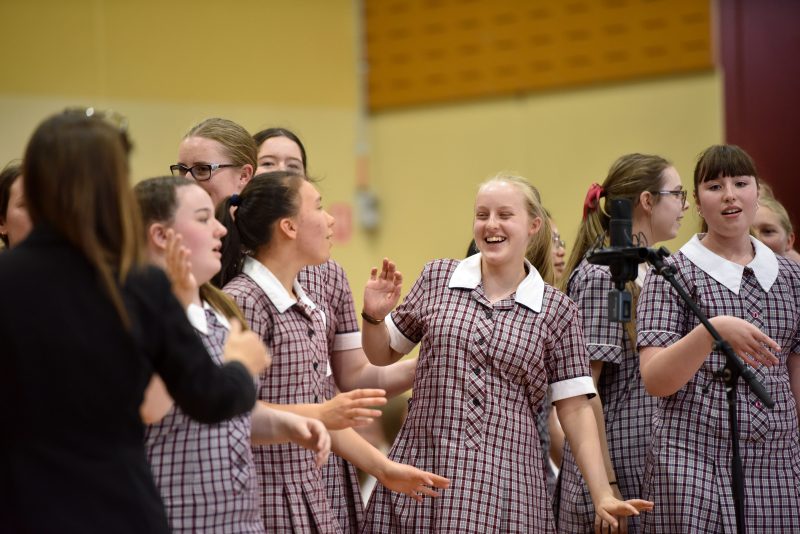 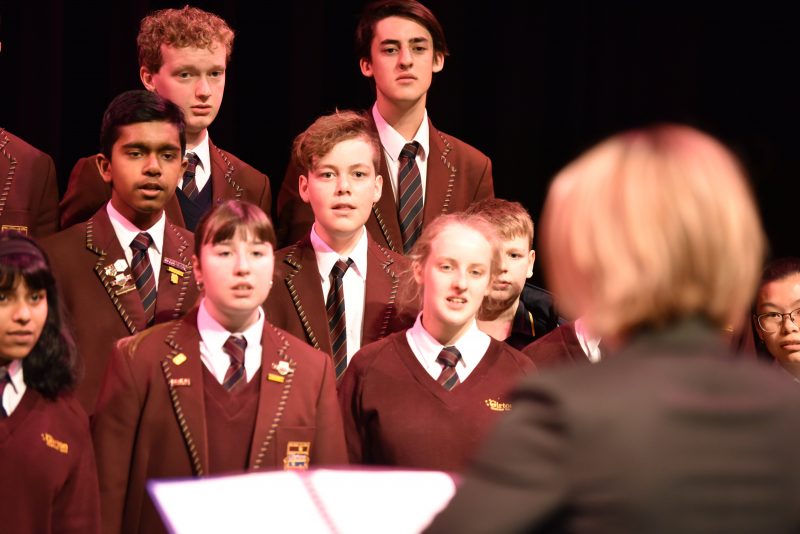 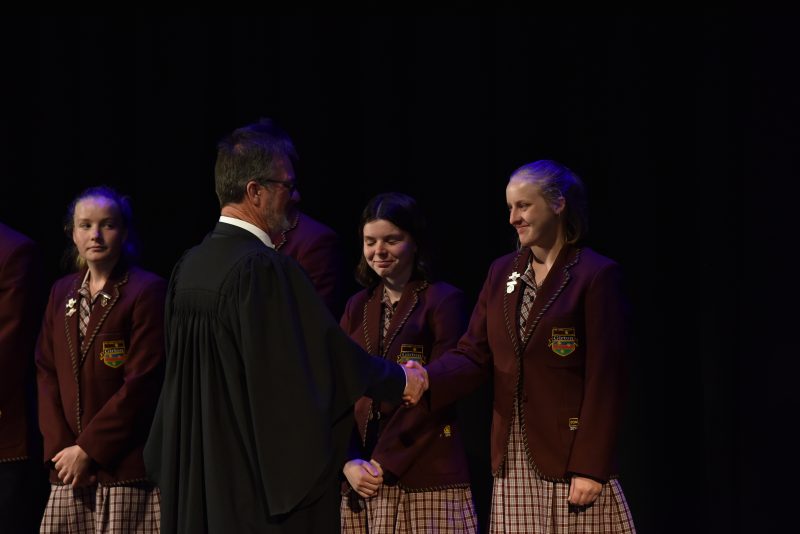 Sometimes described, in the best possible way, as a people pleaser, Sanjana Jijo is known to be someone who can be relied upon to get the job done. Her reputation for being reliable is eclipsed only by her desire to be kind, which was recognised when she received the Kindness Award in Year 9. Being kind and seeing other people smile motivates Sanjana, who likes nothing more than to strip away race, culture and personal interests to connect with someone’s inner feelings. Her career aspirations have two recurring themes. Firstly to help others, whether they are human or animal, and secondly, to bring smiles to people’s faces.

As a Peer Support Leader, Co-curricular captain of Vocal Stagecraft and Girton Singers, House Captain and School Prefect, Sanjana is an experienced and caring leader, giving wholeheartedly to anything in which she is involved. This year, Sanjana was a Year 7 Transition Prefect, supporting the newest students at Girton. She was also part of a small group of Prefects who developed an Acknowledgement to Country for each House and for various Girton events, leaving a tangible legacy at the school.

In her scholarship application, Sanjana eloquently described the characteristics of a good leader as being someone unafraid to share and contribute ideas while being inclusive and accommodating of the views of others. This sentiment was also reflected in an excellent Prefect speech about the strengths of introverts, hinging on the theme of self-acceptance, which provided ideal messages for younger students in a time of hyper-critical media and other influences.

Sanjana is comfortable putting the needs of others before her own, including during remote learning when as House Captain, she instigated and participated in activities designed to motivate and engage her fellow House members. She is described as having immense strength of character that shone through, even via a screen during the long days of remote learning, when she continued to her Junior School student mentoring via Zoom. Sanjana also volunteers at her local Christian church and is a familiar face at her previous primary school, where she volunteers during Girton’s holidays.

Sanjana has achieved a high level of musicianship in flute, vocals and piano and applies the same level of commitment to her music as to her academic studies, achieving equally impressive results. Sanjana is known to be punctual, respectful with others at all times, and continually meets all Girton expectations.

Sanjana is kind and caring and wise beyond her years. As someone who sets a fine example to her peers, it is fitting that she should be awarded the 2021 OGA Departing Girtonian Scholarship. 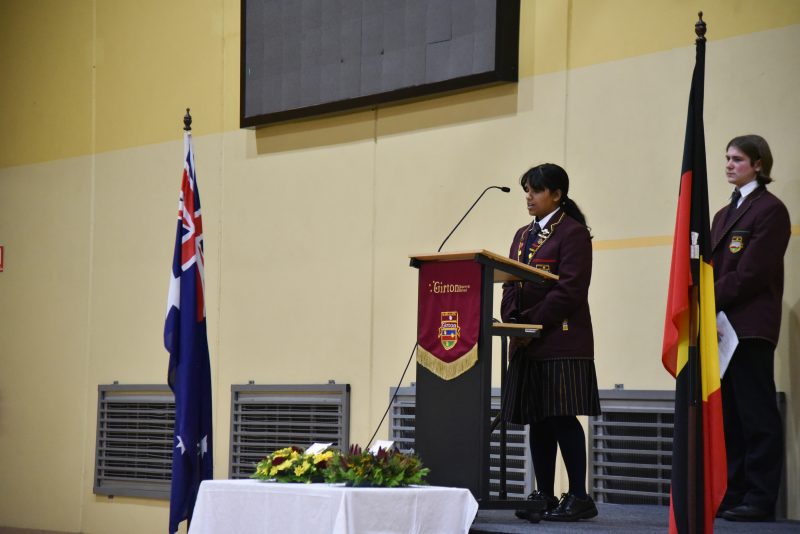 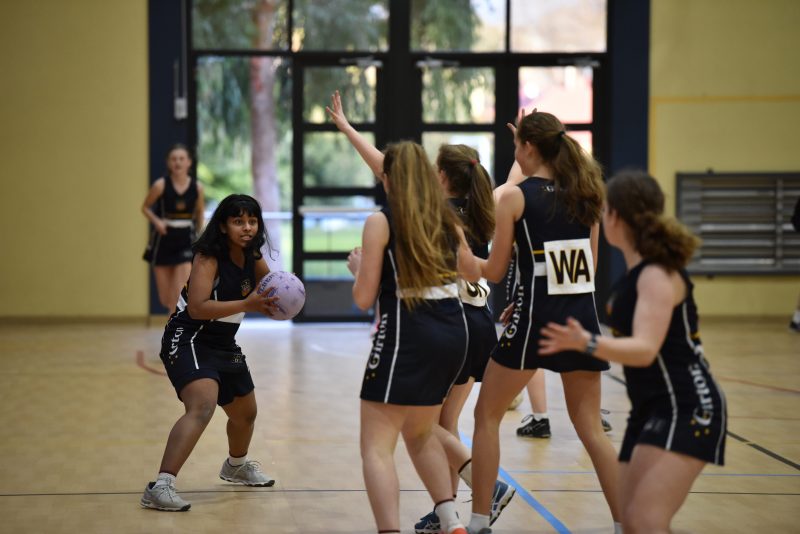 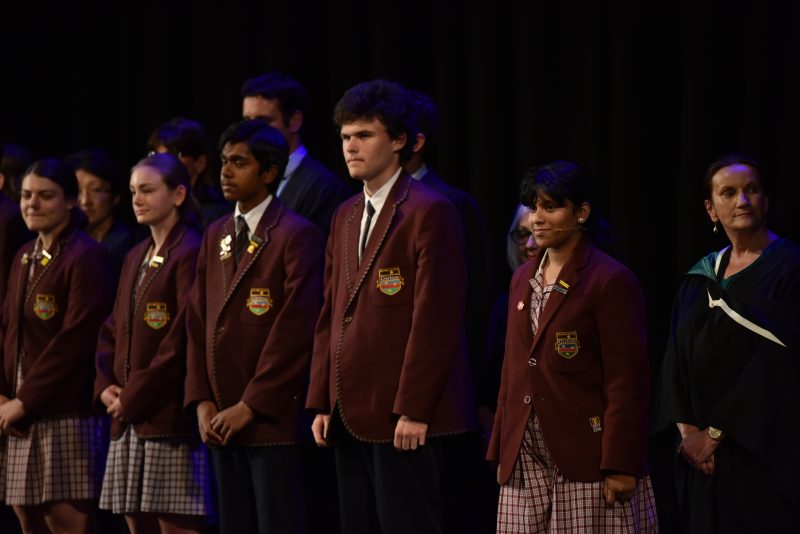 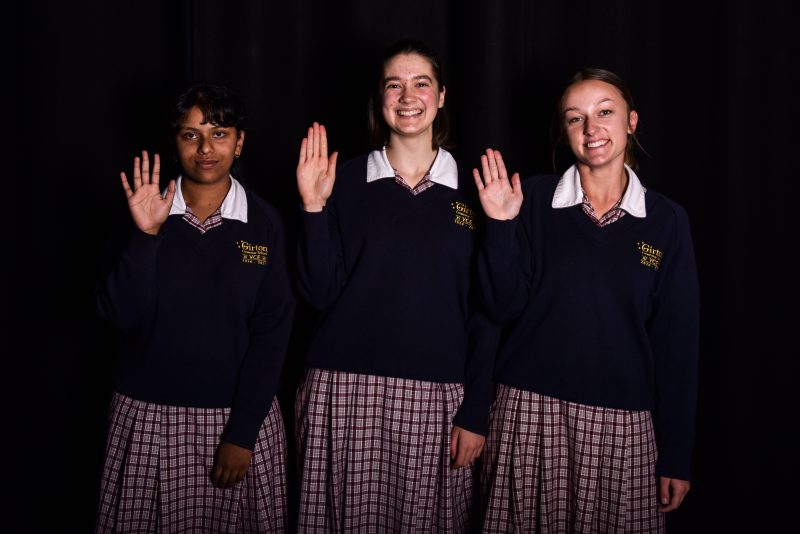