Chris Boag (1995) would claim that he was somewhat rudderless at school and in his early career. He dipped briefly into Mechanical Engineering at RMIT, then became an Actuarial Analyst, followed by travel and work in London for a year. He returned home and considered a job in real estate but finally settled on becoming a Financial Adviser. Far from lacking a rudder, this semi-professional sailor is simply endowed with talent that allows a myriad of options that most of us would envy.

Chris is the Director and Owner of Royston Capital in Little Collins Street. A far cry from his days washing cars and sail making during University.

“I didn’t know what I wanted to do during Secondary school which made it difficult when choosing what to do at University.

“I choose Mechanical Engineering but after one semester found that it wasn’t for me. I returned to Bendigo and took up some economics and statistics subjects and found I really liked it but I still didn’t know what I wanted to do.

“Working in London gave me some time to think about what I wanted and being in the Financial Services sector has worked out really well for me,” he said.

Whilst Chris struggles to remember what Year 12 subjects he did at Girton more than 20 years ago he does remember that some of his teachers were real characters and many played a role in influencing him in a number of different ways.

“A school program and its teachers can’t tell what your passion is but they can give you the tools, education and freedom to find and explore your passion. I think schools are getting better and better at this and at providing more life coaching,” he said.

Chris has a swag of formal qualifications ranging from a Master of Financial Planning, Bachelor of Business (Economics) to a Diploma and Advanced Diploma of Financial Services and has worked in banks, professional services firms and insurance companies.

His passion outside of work is sailing and Chris regularly competes in international competitions including the World Championships. Most recently he competed in the F18 sailing World Championships in Kiel, Germany and supported his girlfriend Alisanne who was competing in the Hobie 14 Worlds at Lake Garda in Italy, which doubled up as the setting for a marriage proposal. Fittingly, Chris and Alisanne will be kiteboarding in the Cook Islands for their honeymoon this April.

Although Chris happily lives in Melbourne, a bit of Bendigo is always with him. Even the name of his company (Royston) is taken from the name of his family home in Bendigo, coincidentally, originally owned by someone who managed a financial services company in Bendigo. 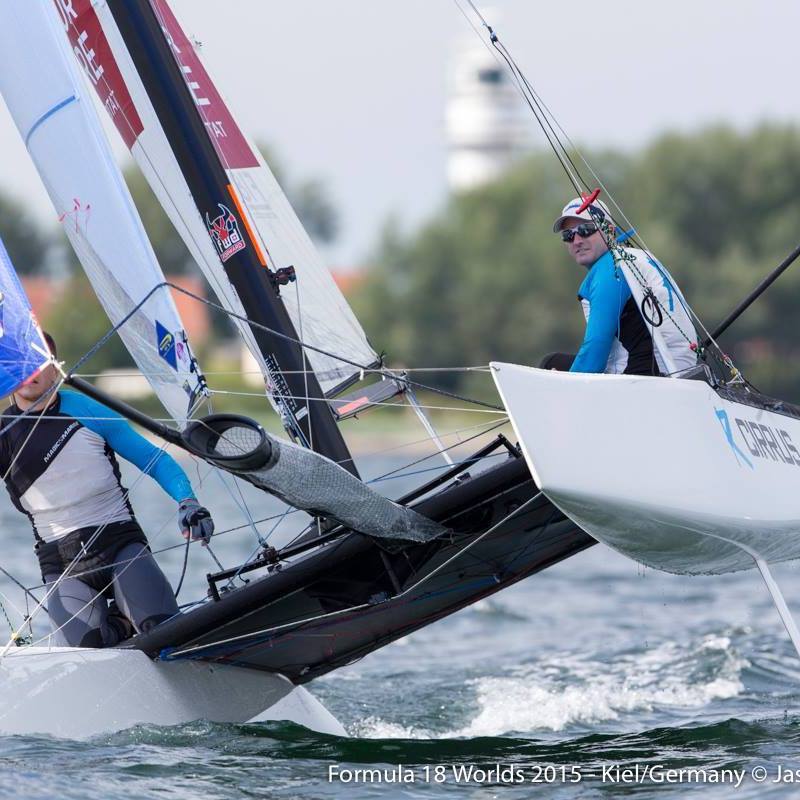 Sailing in the World Championships in Kiel, Germany