Beth Condon was a student at Girton Grammar from 2002-2006. During this time she was a staunch supporter of Frew house and an enthusiastic hockey player and musician, playing violin and viola and singing in Girton Singers and the Senior Choir.

Her parents were both music teachers at Girton – her mother Louise Ray establishing the year 2 string program and her father Dale Condon as Head of Music from 1999-2006.

In 2006 as they headed north to Coffs Harbour, at which time, Beth left for a one year exchange in France.

On her return Beth completed year 11 and 12 in Coffs Harbour at Bishop Druitt College and later headed to Melbourne where she graduated with a Bachelor of Arts degree from Melbourne University with a double major in French and Sociology. Having also gained a diploma of Music (viola) whist completing her Arts degree, Beth decided to follow her passion and complete a Bachelor of Music in Performance from Melbourne University.

Beth was the 2013 Corinna D’Hage Mayer string scholarship recipient at the University of Melbourne and she has participated in Australian Youth Orchestra (AYO) projects in 2013, 2014 and 2015 and was invited to play with the ANAM (Australian National Academy of Music) under Simone Young in 2014.

In February 2014 Beth was awarded grants from Global Mobility to enable an exchange to the Sibelius Academy in Helsinki, Finland where she lived and studied for a semester under Lilli Maijala.

Beth performed with the Tasmanian Symphony Orchestra in May 2015 as part of the AYO mentorship program, and in December toured Australia as a member of the orchestra for Hugh Jackman’s “Broadway to Oz” show, which played to packed audiences.

In 2016 she will take up a position at the Australian National Academy of Music (ANAM), will tour Europe with the AYO, and has recently been invited to play viola in a newly formed string quartet, with Kristian Winther, Ioana Tache and Blair Harris.

Beth’s greatest role model and mentor from her Girton days was the legendary Robin Kurrle, Head of Frew house and an inspiration to many students. Beth remembers with great fondness her music teachers Mrs Betty Higgs, Mrs Lorraine Jones and Mrs Laura Dusseljee and the many House dinners, Swimming carnivals and Speech nights shared with students, teachers, family and friends. 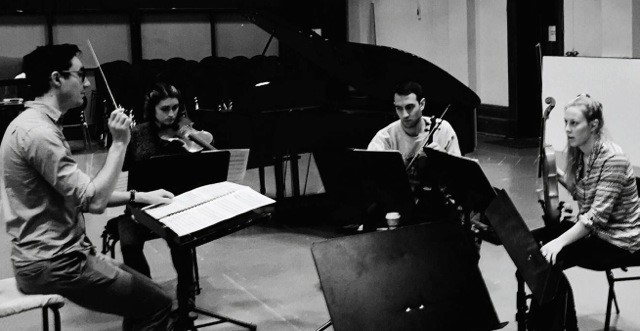 Performing in assembly with Eve Melgaard in 2005: 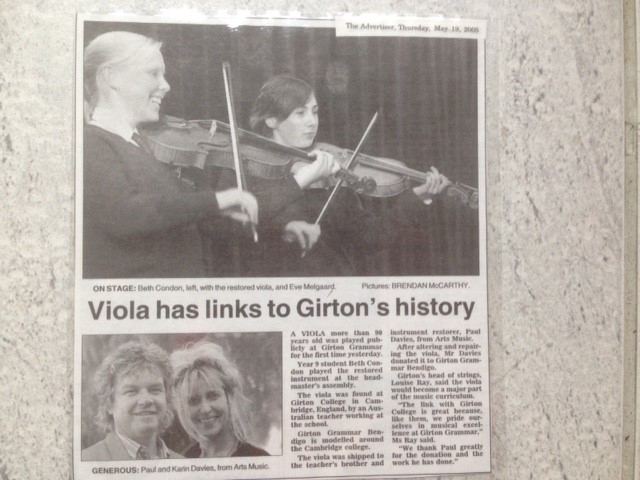