Eliot Walton (2010) did not become a volunteer fire fighter to meet the Prime Minister but having fought the recent Wye River fires with the CFA and having lost his much loved family holiday home in the battle, he did meet Malcolm Turnbull and have the opportunity to convey the great emotional weight that the Wye River locals are bearing.

Eliot’s connection to Wye River runs deep, having spent most of his time there following his 12 years at Girton Grammar and falling in love with the coastal lifestyle and the tight-knit community.

“I worked at the iconic Wye River pub for years and in 2014 I took a year off Uni to manage it before travelling through Europe, Asia and India.

“Anyone who is familiar with that part of the Great Ocean Road will be familiar with the pub, which juts out on the hillside and takes in 180 degree uninterrupted ocean views.

“Thankfully, it was spared from the recent fires, unlike our family holiday home, along with many others, which was full of fond memories and special possessions.

“It was strange in the aftermath of the fires to be in a town that was filled only with emergency services personnel – no holiday makers, no locals going about their business, no kids running along the beach.

“There was an awful lot of raw emotion in the town but in a way, to have fought the fires and having done everything that we could, I feel as though being part of the firefighting efforts was strangely therapeutic, given my connection to the town,” he said. 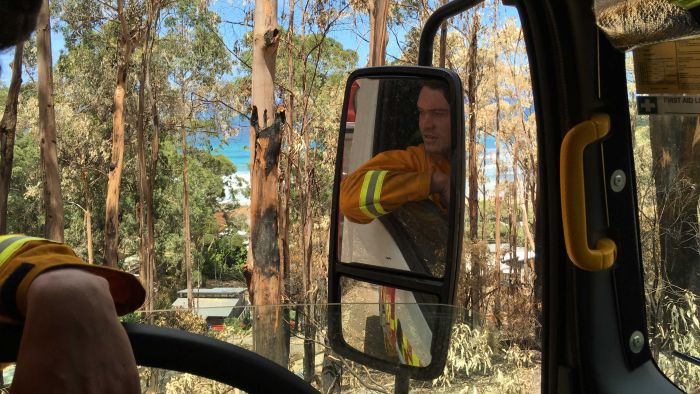 Eliot was well set up for the double degree in Public Health Promotion and Paramedic Practice that he went on to do after graduating from Girton, having studied a combination of Maths, Physics, Physical Education, Outdoor Recreation and Business Management in Year 12.

“I studied at LaTrobe in Bendigo but really had no idea where my studies would take me.

“Life has thrown me some wonderful and some challenging turns since leaving school and having recently finished my double degree, I am now considering a career in public health, with the Ambo’s or even the CFA or MFB.

“I have discovered a passion for learning about emergency management, especially through my volunteer work with the CFA and I would like to be involved in changing lives for the better on a population scale,” Eliot said.

Eliot was a passionate member of Frew House and credits many teachers during his school years for inspiring him, but he especially remembers Mrs Robin Kurrle, his Head of House, for her passion and caring.

While Eliot contemplates his next major step, he remains busy working for a private ambulance company (Wilson Medic One). He is also doing further training with the CFA related to search and rescue and breathing apparatus.