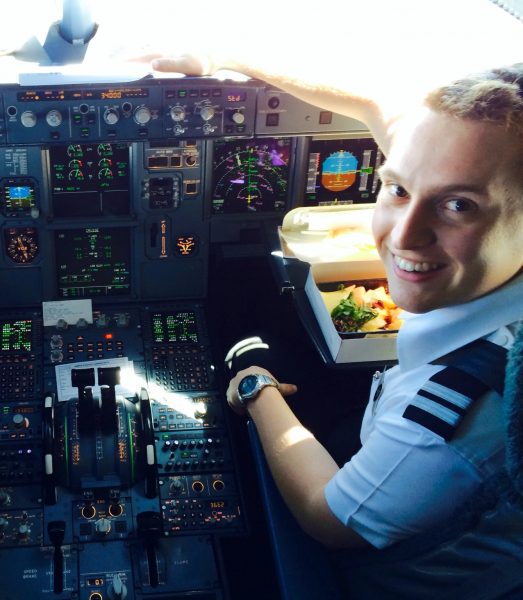 If you have wondered what pilots have been doing through the Covid-19 pandemic, consider Zac Clarke’s story and wonder no more.

But let’s start from the beginning. Zac was in Riley house and attended Girton from Years 7 to 12, graduating in 2011. In Year 12, he studied English Language, Further Mathematics, Mathematical Methods, Physics, Japanese, VET Electrotechnology and VET Music Industry. After graduating, Zac commenced training as a Jetstar Cadet in Hamilton, New Zealand, where he lived for 18 months before moving to Southampton in the United Kingdom to finish training.

Zac says that the study never stops for pilots because the average jet aircraft is made up of over three million parts.

“Further study is not purely academic because of the practical nature of the piloting profession. My industry experience includes holding the highest licence available for civil aircraft and endorsements on the Airbus A319/A320 and A321 aircraft.

“Unlike many professions, airline pilots are constantly examined. On average, we have eight assessments a year, and each time, our licence is on the line.

“My aviation experience equates to an undergraduate degree level and allows entry to a Masters of Aviation (Management), which I would like to complete in the future,” he says.

Zac says that many Girton teachers influenced his educational journey academically and, just as importantly, outside the classroom.

“Mr John McMillan instilled in me a love of Frank Sinatra and the associated wonders of the Theatre Technicians Co-Curricular. I am forever grateful for John’s impact on my time at Girton, many of the skills I learnt from John I still use daily in the aviation industry.

“Mr Andrew Lorincz always provided excellent tutelage and steered me through the ebbs and flows of Senior School, and Ms Motoko Watanabe opened my eyes to everything Japanese. I will always remember her patience and caring nature, and I frequently draw on her lessons during my travel to Japan.

“Mr Graham Crickmore guided me through the Gold Duke of Edinburgh program and numerous hikes and camps. Graham’s sense of humour and adventure was always welcomed, providing a unique perspective on life at Girton,” Zac recalls. 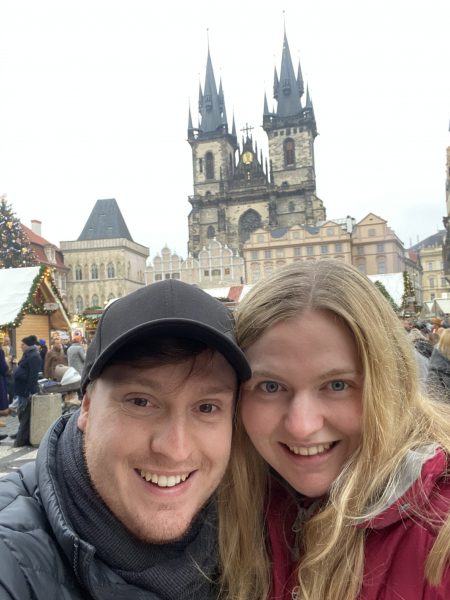 Zac and Amy at the Christmas Markets in Prague, Czech Republic on one of their holidays.

Until April 2020, Zac worked exclusively as an airline pilot with Jetstar, operating domestic and short-haul international operations throughout Asia, New Zealand and the South Pacific. He also founded a company called “Sky Soles” and leveraged his family’s textile industry experience to design and export footwear to airlines and airline crew worldwide.

“Ron Clarke & Sons is a family business that now spans three generations. The footwear business now incorporates footwear design, development and wholesaling, which it has been doing since 1972.

“Growing up with a family footwear business, I have vivid memories of thousands of shoes covering Dad’s car and our family home. Unlike most fashion industry products, footwear has a critical role in general health, and I am passionate about producing the perfect footwear for people working in the airline industry.”

The COVID-19 pandemic hit the airline industry like a bolt out of the blue, and Zac says that within days, he witnessed passenger load factors drop by over 95%, and then the inevitable stand down letter arrived only weeks later.

“In July 2020, I was fortunate enough to secure employment with the Victorian Government operating a quarantine hotel with many of my aviation colleagues. It has been an incredibly rewarding experience serving and protecting the Victorian community during the pandemic.

“I count myself extremely lucky because many close friends are now unemployed or experiencing long term leave without pay.

“Only recently have I returned to the skies at Jetstar, albeit in a limited capacity.”

One of the benefits of being in the aviation industry is abundant opportunities to travel, and Zac has taken full advantage of being a pilot.

“I have had the fortunate opportunity to travel to over thirty countries. Some of my travels include accidentally attending Carnevale in Venice, a trip to Russia for the most recent FIFA World Cup and falling down black ski runs as the child ski school effortlessly passed me in the Swiss Alps.

“Over the past few years, I have been commuting between Australia and the United Kingdom every 6-8 weeks to see my partner, Amy, in England.

“Amy has since migrated to Australia, and we are now settled in the northern suburbs of Melbourne. We are both looking forward to the borders reopening to utilise one of the perks of my job, discounted flights, and to see Amy’s family in Northern England.

“One of the joys of aviation is that you never really know where it’s going to take you. I have several friends living and working worldwide in places like the Middle East, Europe, Japan, Hong Kong and New Zealand.

“Alluring as all of these destinations are, I always intended to move home to Victoria eventually,” Zac said. 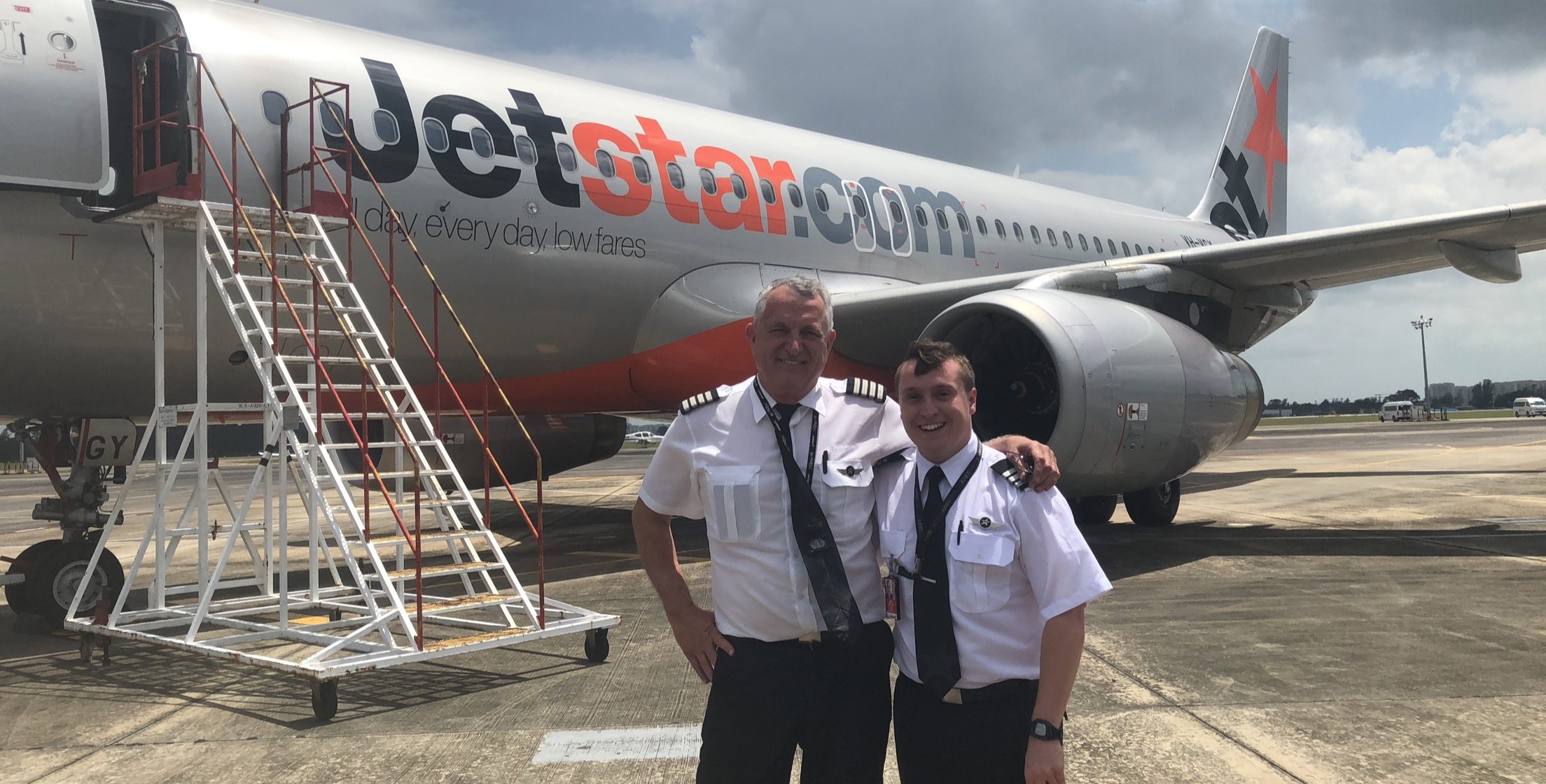 Captain Mike Dixon and Zac after completing a maintenance Ferry Flight into a corporate Jet Base, ‘Seletar’ in Singapore.