Each year, a very special award is bestowed on a student for outstanding sporting achievements, coupled with exemplary personal qualities of leadership and integrity.

This award previously named the Pierre de Coubertin Award, and named after the founder of the Modern Olympics, has been renamed to honour a past student who epitomises all that this Award represents.

Caitlin Thwaites is a 2004 Girton graduate. Caitlin is a member of the Melbourne Vixens Netball team and has represented Australia in netball at the Commonwealth Games and the Netball World Cup. 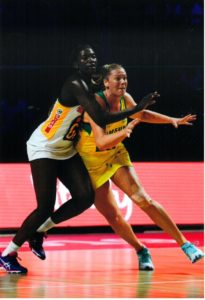 Caitlin’s achievements on the netball court, and also in volleyball while at School, are impressive and her participation in all manner of school activities is exhaustive.

While her on-court achievements are unquestionable, there are other Old Girtonians with sporting achievements that are comparable to Caitlin’s. But it is her conduct off the court, that prompted the naming of the award in Caitlin’s honour.

Caitlin is remembered fondly by all those who knew her. Her positive attitude and excellent leadership, both formal and informal, resulted in a wonderful journey through Girton, and beyond.

Caitlin was widely respected by the entire school community, willingly giving her time as requested and generally displaying all the qualities that we would expect of a highly engaged and enthusiastic Girton student. 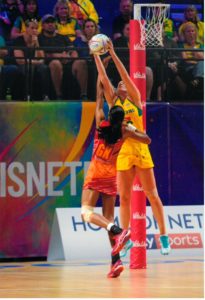 She embodied the ethos of the Modern Olympics as articulated by Pierre de Coubertin:

Caitlin was unable to attend the presentation of the award renamed in her honour, and this year bestowed upon Lachlan Archibald (12 Riley), but she provided the following video message to launch the inaugural award.