Lee-Anne Trewartha (nee Dryden) is an artist. A real, proper, accomplished, career artist, which actually, not too many people can claim.

Her art career has involved inclusion in major Australian Art prizes such as the Coburn Prize (Blake Society), the Blake Prize (Sydney) 2007, 2009, and the Tattersall’s Landscape Prize (Brisbane), Redeemer Lutheran Foundation Religious Art Award and the National Tertiary Art Award, among others.

She has a Fine Arts degree with Honours, majoring in painting and was awarded scholarships for both a Masters and a PhD in Fine Art and History at Latrobe University. Now she is working on her thesis, which for the initiated, is an exploration into contemporary religious art in relationship to the 17th century Italian Baroque bel composto and its manifestations. For the past 13 years she has been self employed as a practicing, exhibiting artist and private art teacher.

In 2004 Lee-Anne won an International Universities Scholarship for six months of study at James Madison University in Virginia USA, leaving family behind at the insistence of her husband (Andrew Trewartha), to whom she has now been married 27 years. This, after having already received a Latrobe study grant in 2006 to Europe where she traveled with her husband through hundreds of churches in France, Spain, Italy and Portugal.

Despite everything, Lee-Anne is modestly self-deprecating, as evident by the naming of her ‘side business’ (which actually involves the whole family and partly satisfies her passion for fine food and cooking) being called “The Starving Artist”, a mobile food stall found at markets. It is part of a larger catering company that Lee-Anne has been running that specialises in various sweet scrolls, French inspired pastries and specialty breads.

So that’s artist, tick, chef and caterer (including hospitality/culinary studies), tick but there is more. Lee-Anne has also undertaken certificate studies in Horticulture and Garden Landscape Design and worked in this area designing and drawing garden concepts while her children were pre-schoolers.

All of this makes you think that at a minimum, Lee-Anne must have been School Captain after her 11 years at Girton Grammar (1974 – 1984) and possibly on her way to being Prime Minister. But by her own admission, she was a ‘late bloomer’ and in fact, studied mostly office and business studies in her senior years, which now baffles her.

“I had no idea where I’d end up after school. My love of academia didn’t surface until my thirties, when I started University. I still don’t know what I want to be when I grow up!” Lee-Anne says.

“Art class was my favourite time at school and I will always be so grateful for the kindness of Mr Leech.

“I was notoriously slow to get going in art class and sometimes had to continue working through lunchtime to complete work. Mr Leech would often stay behind with me to eat his lunch.

“He said to me one day…”make sure you never give up art Lee-Anne, I don’t care about what else you give up, but make sure it’s never art”.

“Those kind words have inspired me through more than one rough patch, as artists are want to have, especially when life has been full on with work, study and three children,” she said.

Lee-Anne was in Frew House in Junior School and Aherne, which was yellow at the time, in Secondary School. All three of her children have been through Girton Grammar also in Aherne House. They are all currently studying, covering off; a degree in Art History and Literature with a Masters in Education; Fine Art Photography and Information Technology and Business.

Lee-Anne and Andrew both love travel, great food and wine and with the family have traveled 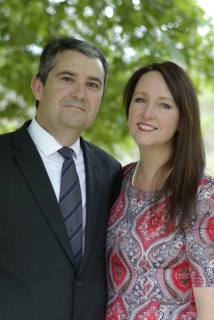 extensively, including to the UK, France and Italy.

“All over Europe I took pictures of the kids in front of nearly every major painting ever made!

“I told them they’d thank me one day, and despite their over enthusiastic mother, needless to say, they were bored,” she said.

Lee-Anne had her three children quite young and stayed at home with them until they were school age. As life took over, Lee-Anne left art behind but the year that her youngest went to school is when her love for arts was reinvigorated, prompting her to start her Fine Arts Degree.

Lee-Anne feels blessed that she has turned her passions into her career and she enjoys everything she does despite the hard work it involves. If all of the above is the definition of a ‘late bloomer’, plenty of people will want to sign on the dotted line. 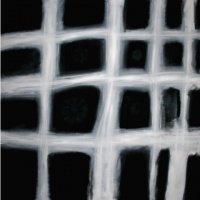 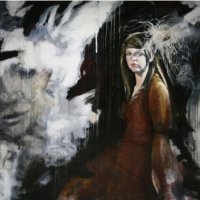 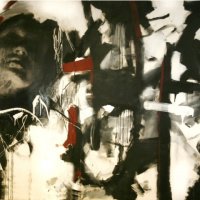 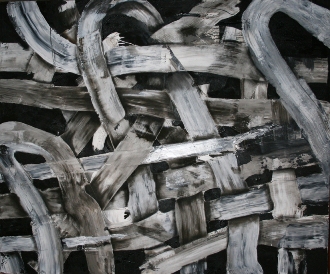