For someone fascinated with the built environment, spending nearly two weeks in a kayak in the middle of Bass Strait may seem strange, but this is exactly what Ryan Griffin (2008) did. 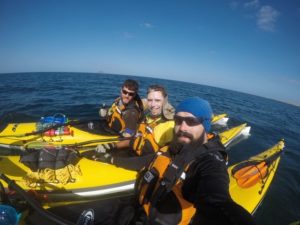 Ryan has recently returned from an epic journey from Port Welshpool in Victoria to Little Musselroe Bay in Tasmania with some University friends, raising money for Take 3, an organisation focused on sustainability and cleaning up of the oceans.

“There is a string of islands across the Bass Strait, and the intent is to get to land after each day of paddling. We were land-bound for four days on one of these islands, Deal Island, due to bad weather, which was a good opportunity for us to take a rest.

“Our typical paddle day was around 50km with our longest being closer to 70km which equates to about 12 hours in the boat,” Ryan said.

This kind of adventure may lead you to believe that Ryan is employed in the great outdoors. But in fact, Ryan has completed a Bachelor of Civil Engineering (Honours) and a Bachelor of Business and is currently working at KPMG where he is a Manager in the national Engineering and Asset Management team, having spent several years in construction management on major projects such as the West Gate Tunnel and Bendigo Hospital.

Ryan studied maths and science at School, so his current career trajectory seems logical, although he maintains that if he had his time again, he might do things differently.

“Reflecting now, I think I would open myself to more classical subjects such as history, philosophy, law and politics.

“I have a natural curiosity about the world and enjoy sparking that curiosity, so postgraduate study is something I look forward to in the future,” he said. 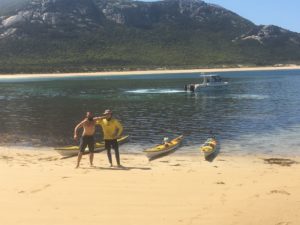 Ryan is reluctant to nominate a favourite teacher during his time at Girton and says that several teachers had a collective influence on him.

“Although studying Steven Covey’s Seven Habits wasn’t overly exhilarating to me at the time, I now appreciate the underlying and insatiable desire for growth and perspective that was being translated by Mr Jones.

“He had an incredible knack for talking about a different, and usually virtuous, subject on a more than weekly basis via Headmaster’s assemblies or other forums, mostly off the cuff.

“Mr Graham Crickmore’s ability to teach just clicked with me and has helped shape my views on the importance of education which was complemented with his interests in the outdoors and camping.

“Mr John Macmillan introduced me to the wonders of technology including its intersection with music production. I still vividly remember the nuances between digital and analogue produced music – a lesson in the beauty of subtlety and how micro-influences impact upon us.

“And finally, I appreciate now the teachings of Mr Stuart Manderson, who was broadly knowledgeable on many different topics and encouraged self-directed exploration of subject material” Ryan recalls.

Ryan sees his whole life as a work in progress and is comfortable in not knowing for certain what professional or personal adventure might unfold next in front of him.

“In Year 12, I was not certain where I wanted to go or what I wanted to do, but I see this an exciting process of self-discovery which continues to this day. Anything is possible. 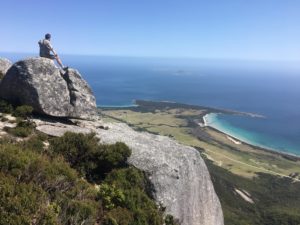 “What I did know in Year 12 was that logical and process orientated subjects resonated with me and I had a fascination with the built environment, which led me towards choosing civil engineering,” he said.

Ryan is a strong advocate for young people getting experience in part-time work in as many different industries as possible. He has worked in hospitality, as a car wash attendant, a DJ, a YouTube producer and a business systems and administration clerk.

“I think it is a really positive thing to have a stint in different industries to learn more about people and to gain situational awareness in various types of work,” he said.

Ryan has travelled extensively around Asia and Europe with his high school sweetheart and longtime partner, Jazmin Poyser (Jenkin 2008). Scandinavia and Africa are on their wish-list.

In his spare time, Ryan enjoys reading, writing, music of many genres, camping, snow skiing, wine (collecting and drinking!), art and socialising with friends. He is about to launch a Podcast called The Abstract Show.

“The Podcast will focus on discussion of books and their authors. This venture is partly inspired by my days in YouTube production and has become a real cracking whip to keep up the amount of reading I’m doing,” Ryan said.

Kayak route from Victoria to Tasmania: 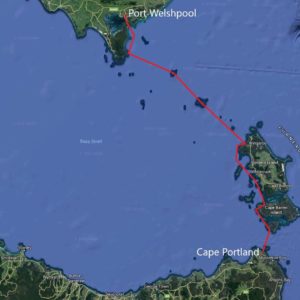