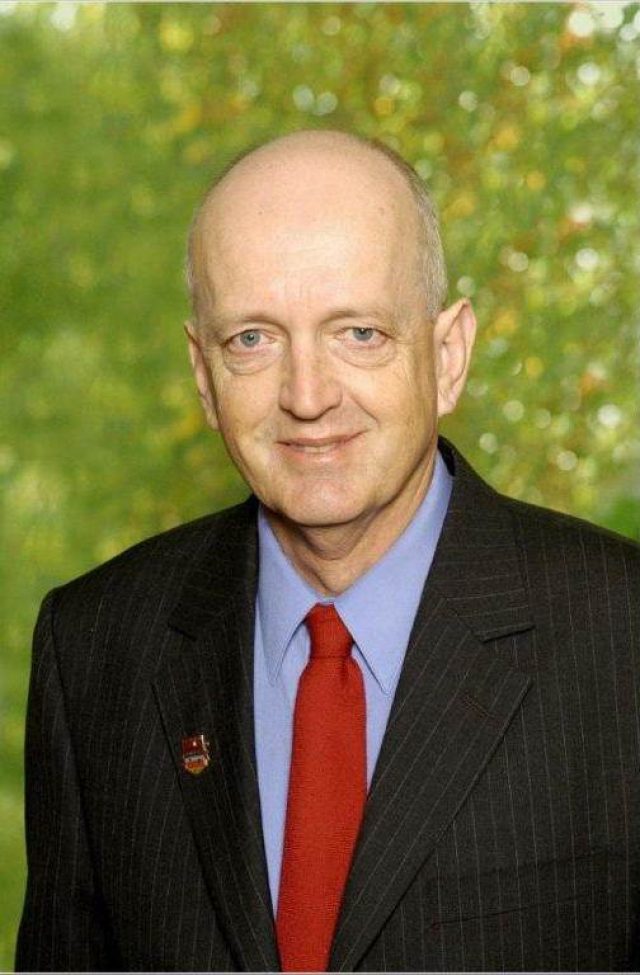 It is the OGA’s honour to acknowledge and recognise the outstanding contribution of such a fine Irish gentleman.  Staff, students, parents and families, have all been fortunate to experience his leadership, direction, drive, compassion, commitment and unwavering dedication for all that is Girton. It is because of these qualities and many more that he was nominated to receive Honorary Life Membership to the Old Girtonians’ Association.

To be eligible to receive Honorary Life Membership a person must have met a number of criteria. They must have made significant contributions to the school, demonstrated ongoing interest and commitment to enhancing the ethos of the school and the welfare of the students, and demonstrated that they identify closely with the objectives of the OGA.

As a young man Clayton Jones commenced his teaching career in 1971 at a young ladies convent the Cross and Passion Convent in Ireland. A stark contrast would follow him to Australia where he taught at a correctional facility for young men in Sydney.

In 1983 he became Head of Mathematics at SCECGS Redlands Sydney. This decision, although he didn’t know it at the time, would eventually lead him to us at Girton.

On a cold rainy day in late 1992, Clayton drove from Sydney to Bendigo to embark on an extraordinary 17 year journey.  Dressed in a pair of tracksuit pants (no they weren’t tweed) and a t-shirt – can you picture that, he arrived late in the evening where he was met by John Higgs and immediately began interviewing a candidate for Head of Junior School at 10.30pm that night.  He awoke the following morning after only a few hours sleep to a new day, a new era that was soon to become Girton Grammar School.

On February 3rd 1993 Clayton stood on a flat bed truck surrounded by the new Board of Girton Grammar School.  On that day he articulated a set of principles which would underpin this new school.  He left no one in any doubt that he would be a strong leader and that the school under his guidance would indeed be one which would strive for excellence in all aspects– academic, pastoral and co-curriculum. He led fearlessly in those early days when so much had to be managed and navigated with few resources and a shattered school community to mend.  The trust of students, parents and the wider community of Bendigo and beyond had to be won.  There were many runs on the board which had to be made! Today we have a school of 1180 students and a remarkable success story to tell about the students who passed through Girton’s walls, under Clayton’s leadership, over the past 17 years.  The success of Girton is a remarkable testament to Clayton’s indomitable spirit and to the passion with which he approached his role as an educator and leader of the young.