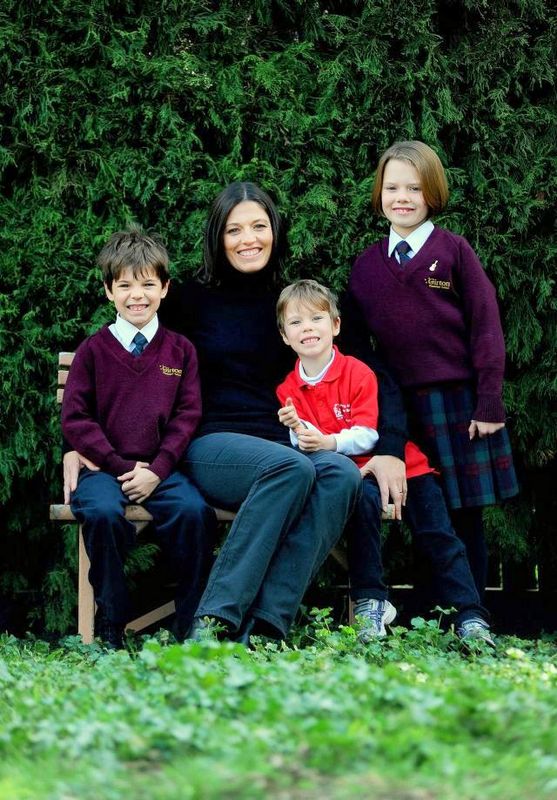 Samantha Cordell’s (née Moon) Girton journey started when she was aged almost five as a Preparatory student.  Now some 34 years later, the recently elected President of the Old Girtonians’ Association (OGA) is back at the MacKenzie Street school gates each day.  Only this time, she is with two of her three children, Melana and Henry, Year Three and Year One Girtonians respectively.

A happy and enthusiastic student from Prep, Samantha enjoyed her time at Girton immensely and has fond and lasting memories of her friends, teachers and days participating in school netball and swimming.  Her strong appreciation and passion for the School gives her the energy required to head the OGA.  “It is a big part of who I am today and my children are blossoming there,” she explains.

Born in Melbourne, Samantha moved to Bendigo at a young age when her parents started their own business, Midlands Truck Spares in Eaglehawk, which they still operate today. At age 16, she found herself a world away from Bendigo, living on the Atlantic coastal town of La Rochelle in France for twelve months on an international exchange program.  Testament to her adaptability, tenacity and personable nature, Samantha returned to Bendigo fluent in French and is in regular contact with her French host family.

Upon completing her VCE, Samantha commenced a Bachelor of Arts majoring in French, at the University of Melbourne.  She resided at International House (IH), an experience she likens to being on school camp – every day!  Not surprisingly, many of Samantha’s close friendships were formed during this time.

Shortly after leaving IH, Samantha made a life changing decision to volunteer at the Lort Smith Animal Hospital and went part time at university. Relishing the experience to help animals, she knew she had found her calling.

Samantha enrolled in veterinary nursing at Box Hill TAFE and began her career at an inner Melbourne veterinary clinic in 1996.  On her first day, Samantha met veterinarian Murray, her now husband – it was also his first day at that same practice!  Twelve years of marriage and three children later, deferring university to tread an unknown path is clearly not a decision she regrets!

Committed to providing quality care to animals, Samantha went on to complete a Diploma of Applied Science in Animal Technology and has worked in Hong Kong’s RSPCA where she ran their in-house laboratory and instigated new procedures to lift the standards relating to the practice of euthanasing animals. After three years living in bustling Hong Kong and travels back to France, Samantha and Murray returned to Australia with their two adopted street cats.  They eventually moved to Bendigo as newlyweds and bought White Hills Animal Hospital in 2001 with Murray leading the practice.

In 2003, Samantha and Murray’s first child, daughter Melana, arrived.  Two boys came soon after with Henry born in 2005 and Albert in 2007.  As a family, they enjoy spending time at their farm in Toolleen where they take great pride in producing their award-winning olive oil, “Muskerry Farm”.

For the past ten years, Samantha has made motherhood her primary role but she remains highly active and engaged with the community.  When not busy with her three young children, extended family, vet clinic and the farm, Samantha plays an integral role in the continued development and management of the OGA and is passionate about reconnecting past students with the School. She is also Vice President on the Committee of Management at Dr. Harry Little Pre-School where her youngest son Albert attends.