The crowd spontaneously hushed as Joseph made his way to the lucky spot marking the start of his long, loping run-up.

The unrehearsed silencing of roughly 800 students who have been released from the classroom into the sunshine for one glorious afternoon does not happen often, but the collective breath-holding of admiring students and staff was almost audible as Joseph’s feet left the ground. For a split-second, time stood still as first, Joseph’s arched back cleared the bar, followed by a flick of his legs, which with perfect timing meant his feet also made it cleanly over the bar. The crowd exploded, and the high jump record of 2.05m set that day by School Captain, Joseph Baldwin, in 2016, safely stands today.

To expand on the theme of this memorable Girton moment, Joseph Baldwin has always aimed high.

Joseph still maintains a rigorous athletics training regime, which has seen him represent Australia in Taipei at the World University Games. To be selected to compete in the Games, Joseph first competed in the Australian Athletics Age Championships in Sydney in the Under 20 high jump, achieving first place with a jump of 2.22 metres, breaking the previous meet record set in 2006 by 4cm. At the time, this also made him the number 1 ranked Under 20 high jumper in the world.

“The World University Games was one of the highlights of my post-school life. The event itself was massively advertised in Taipei, so the crowds were fantastic.

“The weather was challenging, though as it was consistently high 30’s with 100% humidity every day.

“I met a bunch of awesome people over there, and got to meet some athletes I have looked up to for many years,” Joseph said. 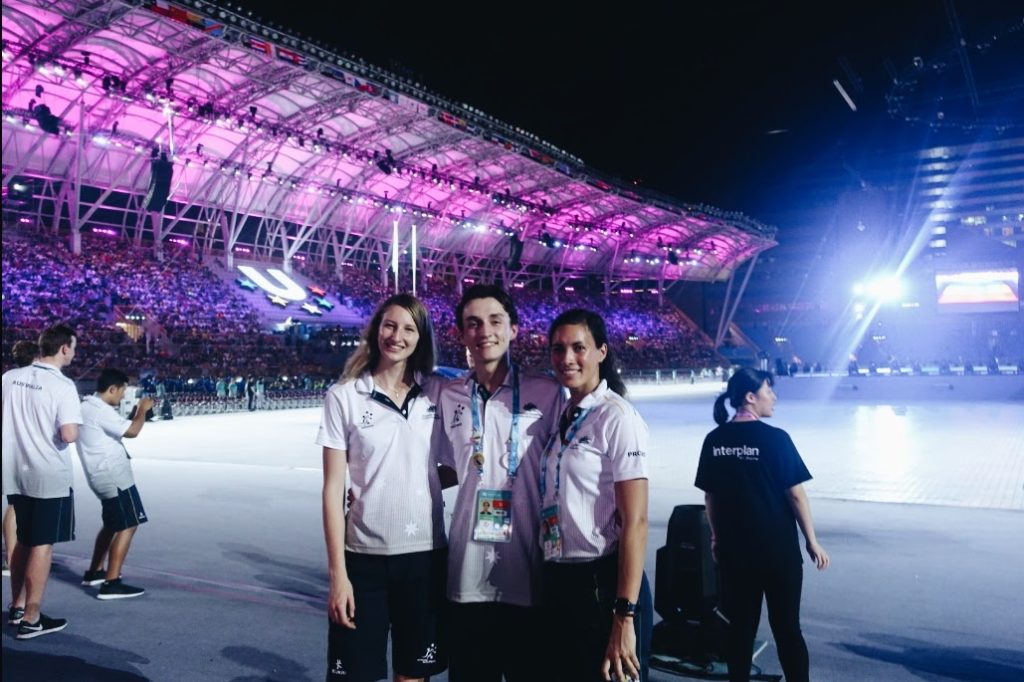 Joseph at the Opening Ceremony in Taiwan

Joseph was a recent guest speaker at the annual Old Girtonians’ Association Careers event. He spoke candidly to the current Year 12 cohort about the importance of studying whatever you think will make you happiest. Initially, Joseph thought that this would be Commerce at Melbourne University, which he had set his sights on all through Year 12. However, his Year 12 subjects of Maths Methods, Specialist Maths, Further Maths, Physics, Theatre Studies, and English Language ended up steering him on a different path, and Joseph transferred to a Science degree.

“I had done a lot of Science in school, and had read a lot of science books during my final years at school but still decided to study Commerce. I thought I would enjoy the mathematics of it, but found the majority of my subjects dry and not particularly exciting.

“I was taken aback as I had been looking forward to studying Commerce for almost all of Year 12, but soon realised after starting University that it wasn’t for me. I knew I had to change to a different course and decided to pursue Science.

“In terms of direction, I still wasn’t too sure what I was going to major in, or what I wanted to do after my degree. Three years later and I have ended up majoring in Biotechnology, although I am still not sure what I am going to do with it,” Joseph said.

Joseph is a Girton Grammar ‘lifer’, having attended the school from Preparatory until Year 12. He was Riley House Captain, School Captain, and had the lead role in the School Production of The Thirty Nine Steps in 2015. He says that the then Head of Drama, Mr Nick Pease had the greatest influence on him in his final years of schooling.

“Mr Pease didn’t really feel like a teacher to me, more like a friend – some of my best memories from school are shared with him.

“I am also grateful to the then Headmaster, Mr Maruff. I feel like there was no sense of Headmaster /student relationship because he always had the time to chat about anything that was bothering me, and helped me through a lot of big decisions that I had to make,” Joseph says.

Apart from Joseph’s obvious academic, athletic and acting talents, he is also a talented musician and released his first EP at the start of this year. He also has songs on the legendary Triple J unearthed website.

“I had always written music since high school but never really considered doing anything with it.

“In 2017, I got some production software and started messing around with it, sending things I made to one of my mates. I later found out that a friend I train in high jump with has been doing music production for way longer than I have, so we teamed up and he helped produce some of my songs.

“We got to a point where we were pretty happy with the result, and we decided to release it as an EP,” Joseph said. 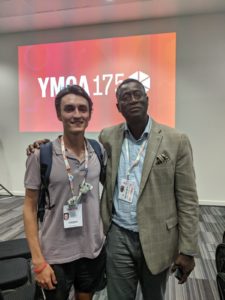 Between training, jamming, studying and working part-time lifeguarding at several pools, Joseph is one of 45 Australian students to secure a scholarship to attend the YMCA 175th anniversary event in London last year. The conference was held at ExCel London, where over 3000 people from over 100 countries came together to talk about issues facing local communities.

“I was a bit nervous before leaving as I didn’t know anyone else going, but once I got over there, it felt like one big family. I still keep in contact with many of the people I met.

“It was particularly insightful to see how the different YMCAs from around the world were tackling their community’s issues, doing their part in shaping a more positive, sustainable future.

“This, the YMCA representatives are doing without the expectation of reward, which is a familiar concept instilled in me during my time at Girton,” Joseph recalls.

Joseph is the very definition of what it is to be an upstanding Girtonian, and we look forward to following his life journey and seeing how his talents and hard work is shared with the world.

To sample some of Joseph’s music, go to:
https://www.triplejunearthed.com/artist/joseph-baldwin
https://music.apple.com/us/album/on-my-way-to-her-ep/1496218837 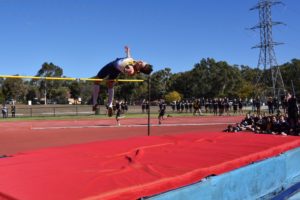 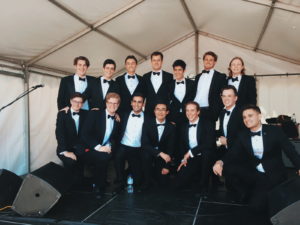 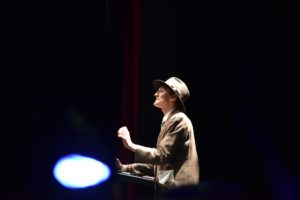 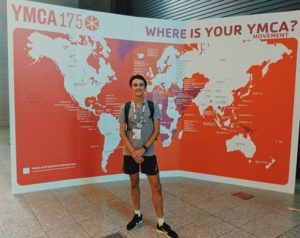