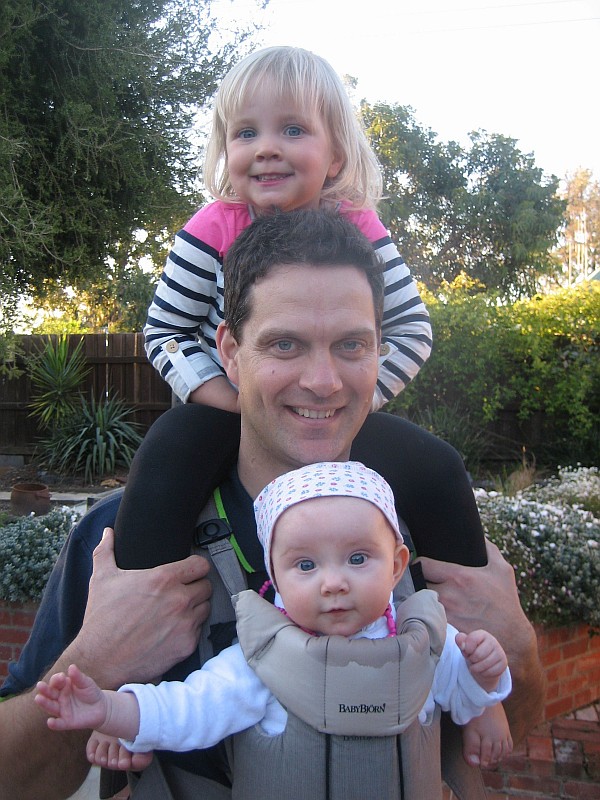 In the 22 years since finishing school, Alister Carr’s career has criss-crossed the globe in his quest to promote Australian wool to the world.  Having worked in the wool industry for 20 years, including a two year period living in Nanjing, China, he has regularly travelled to Turkey, Germany, Japan, South Korea, Taiwan and Hong Kong to manage an international client base.

Now a proud father to two young daughters, Bendigo is home once more for Alister and wife Lori. In 2007, Alister commenced the establishment of a new international wool trading business now known as Viterra wool which he operates locally with regular trade visits to China.  He also continues to oversee the family’s sixth generation farm, “Karee”, where they produce Shiraz wine, olive oil and continue the tradition of wool and prime lamb production.

With talents not limited to business and farming, in 1994 Alister was recruited to play on the field at the highest level of Australian Rules for St Kilda Football Club.

What was it about the wool industry that appealed to you?

Being born and raised on the land, the wool fibre has always been part of my life.  However I began to specialise and focus on the wool industry following on from my schooling years at Girton.

How did you progress in your career?

Initially based in Melbourne (with G.H. Michell wool traders and exporters) for three years, I  relocated to Adelaide in 1996 where I managed the wool selling and buying function for the world’s largest wool carbonising business – the quantity of wool each year would vary from 150,000 to 200,000 bales.

I returned to Melbourne with the same company in 2003 when my role had become more focused on international trade and auction buying.  This led to a two-year stint in China where I established a new Australian owned wool processing factory located near Shanghai.  It developed into a global wool trading business of 20,000 bales.

Best bits of the job?

It is a privilege to work amongst the passionate, hardworking and genuine people within our amazing wool industry pipeline including wool growers, exporters and processors.  It is also fulfilling to know that we are producing a natural and environmentally sustainable fibre that provides the world’s consumer with high performance and fashionable products.

What happens on a normal day or week at work for you?

Normally I would spend the 3 days per week attending wool sales in Melbourne and the other days based at home selling wool to the international markets.

Any advice for others wanting to break into the industry…

Remain passionate and hardworking and always honour your commitments.

Treat others the way that you would like to be treated yourself and be punctual and professional.

What life skills did Girton provide you with which you still use today?

Girton was multicultural and we learnt the invaluable skill to respect and embrace different cultures and beliefs.

My memories of Girton…

I have fantastic memories of the outdoor education program conducted by Girton which included hiking and cross country skiing trips amongst the high country of Victoria.  No doubt my greatest asset that I take from Girton is my lifelong friendships that were established during those formative years.