Gracie Sladden is described by many teachers as delightfully energetic, but her positive attitude is one of only many reasons that she has been awarded the 2019 OGA Departing Girtonian Scholarship.

Each year, the Old Girtonians’ Association grants a $2,000 Scholarship to a departing student who epitomises the values of an Old Girtonian. They must have demonstrated commitment and enthusiasm to all aspects of the Curriculum, Co-curriculum and to Community Service, and Grace has done just that.

Gracie commenced at Girton Grammar School in Year 5, somewhat overwhelmed, with no leadership or public speaking experience, and was suddenly faced with endless opportunities in both.

Eight years later Gracie achieved her first formal leadership role – a House Prefect – although she has been a leader in many ways, even if not formally badged as such. 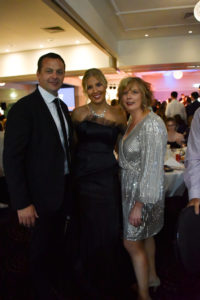 Pictured: Gracie and her family

As the first person in her family to do Year 12, she can no doubt take much credit for inspiring her mother to become a mature aged student, even sharing study techniques with her, and she has been a wonderful role model to younger students, having been a Junior School mentor and a coach of a Year 9 Girton netball team.

During her interview for the Scholarship, Gracie was asked what it means to be an Old Girtonian. She responded by saying that it was about giving back.

Gracie said she loves coming to school and looks forward to returning to Girton in some capacity to do for other students what has been done for her. She said that in life, she intends to return the compassion to others that has been shown to her.

Already, she has contributed in many ways to the betterment of other people, having been involved in many Community Service initiatives such as Live Below the Line, Australia Day activities, the Red Shield Appeal and the Colour Run.

She has been involved in all manner of musical performances throughout her Girton journey including performing in the Symphony Orchestra, Girton Big Band, and the Wind Symphony. She is a keen footballer and netballer.

One of Gracie’s teachers said of her:

“What a delightful, energetic person is Gracie. She bursts in the door to House Tutor meetings bubbling with enthusiasm about almost everything. She interacts cheerfully with her peers and joins in conversations without prejudice or favour.”

Gracie is known for her infectious, positive attitude and does not seek excuses for why things may not turn out as expected.

Gracie is the epitome of what it is to be a good all-round departing Girtonian. She is courteous in manner, friendly in her interactions, always well-groomed, with a mature outlook on life. She has embraced the school’s values and has a strong sense of social responsibility.

The OGA congratulates Gracie on becoming the recipient of the 2019 OGA Departing Girtonian Scholarship.

Pictured: Gracie being presented with the 2019 OGA Departing Girtonian Scholarship by Deputy Chair of the Girton Board, Mr Peter Ashman, at the 2019 Valedictory Dinner. 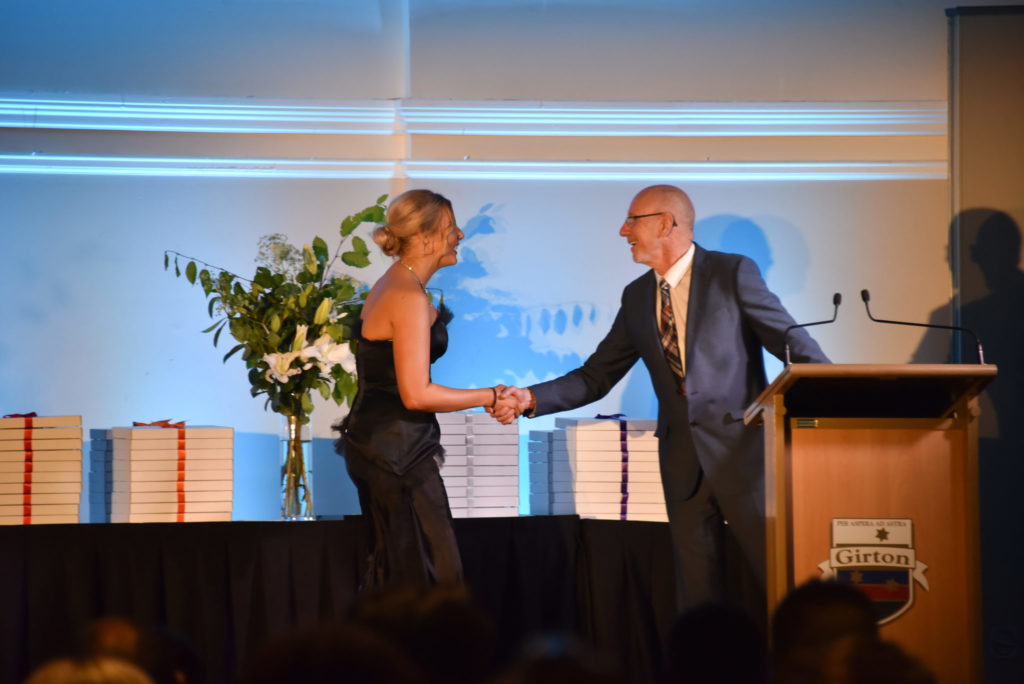 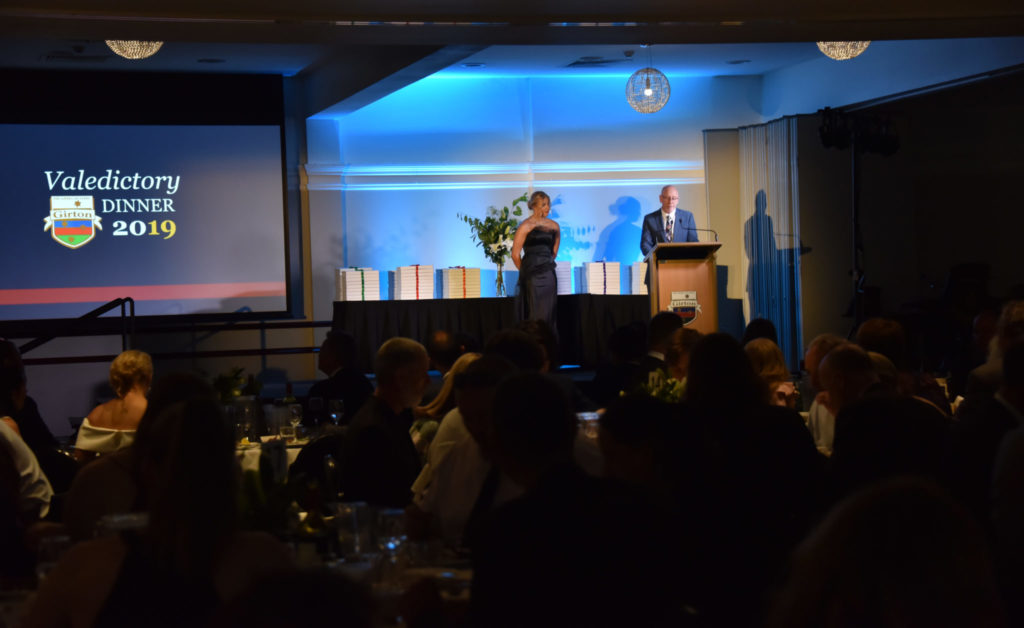 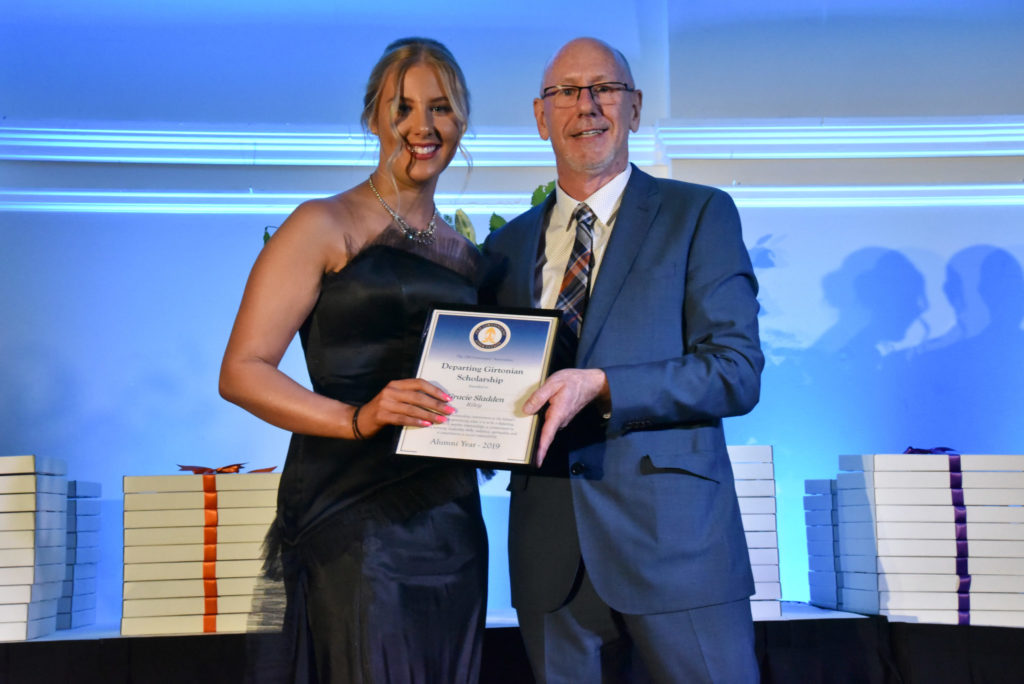