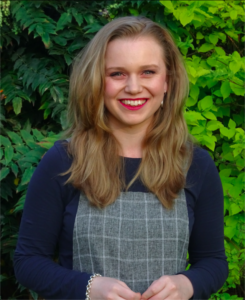 In the five years since Amelia McNair graduated from Girton, she has undertaken studies that landed her in China, she has lived and travelled across Ireland, and now, she is studying and working in London.

Amelia was School Captain in 2014 having been at Girton, in her words, “for the long haul” from Prep and was a Millward devotee through and through.

Amelia’s journey at Girton was bookended by her two favourite teachers – Mrs Allison Campbell in Prep (now retired) and recently retired Deputy Head, Mrs Robyn MacCulloch, who taught Amelia History Revolutions in Year 12. She says that both women are strong, confident and successful.

“I greatly admire both women for their capacity to challenge stereotypes and lead in the face of adversity.

“Their sense of morality founded my own decision making, they indeed taught me a great deal that transcended the classroom.

Having studied History Revolutions, Literature, Maths Methods, Geography, Psychology and International Politics, Amelia’s path since leaving school is not entirely surprising, except perhaps to herself.

“I would never have guessed when I was at school that I would end up where I am now.

“I was fortunate in following my interests rather than a career trajectory and to have friends who opened the world to me and challenged my thinking.

“I initially planned to follow the generalised route of a Juris Doctor in human rights, then realised after some work experience that I was useless at Law!

“Instead, after completing an undergraduate Bachelor of Arts at the University of Melbourne, I moved to Ireland, where lots of opportunities I had never given thought to arose.

“During my Arts degree, I majored in Islamic Studies and Geography, which I loved. I even had the chance to study in China,” Amelia said. 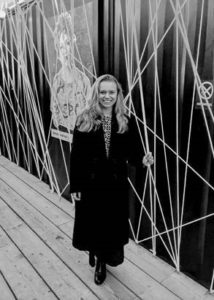 Amelia is now studying at the School of Oriental and African Studies (SOAS) at the University of London, one of the world’s leading institutions for the study of Asia, Africa and the Middle East. She is completing a Masters/Post Graduate Diploma in International Studies and Diplomacy and has some grand plans.

“I plan to write my dissertation on the Israeli/Palestinian conflict, the potential for peace in the region and the more implicit ways in which this is currently being undermined.

“I am excited that as part of my studies, I will undergo media training with BBC journalists, learn a second language (Modern Standard Arabic) and attend a study tour in Geneva with the UN,” Amelia said.

While studying Amelia is working as the Events and Marketing Officer for the Oasis of Peace UK, an organisation which supports initiatives that bring together Jews and Palestinians and helps to break down the barriers of division and conflict.

“It’s a fascinating organisation, founded 45 years ago by Father Bruno Hussar, who was born a Jew in Egypt. His work took him to Israel, and his experiences of the conflict eventuated in a vision of creating a place where as co-citizens of Israel, Jews and Arab Palestinians (both Christian and Muslim) would live together, bringing up their families together in peace.

“Our mission is to advance social equity and cohesion in both Israel and the United Kingdom, and we do this by fundraising and raising awareness through events, newsletters, presentations, talks, and visits of delegates from the community. We also make applications to Trusts, inter-governmental organisations and other bodies to fund particular projects. 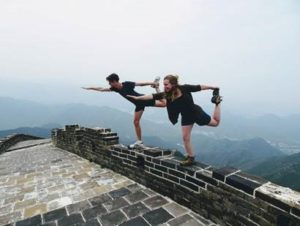 “Our Trustees constitute an incredible roll-call of retired Judges, British diplomats, high profile corporate executives, writers, and the like. It’s an inspiring place to work.

“I have not quite escaped Australia though, because I also work at a café called Granger and Co. owned by Australian Chef Bill Granger. It’s in Notting Hill and proves a very popular place for brunch and celebrity spotting,” Amelia said.

As if she is not already busy enough, Amelia is also active in three volunteer roles. She is Vice President of the UN Society at SOAS, on the committee for UniMelb Alumni in the UK (which just turned 25) and she is a mentor for Melbourne University.

“I enjoy being on these committees and I would love any Old Girtonians to get in touch if they are planning on attending Melbourne University or if they are Melbourne Uni alumni and are in London or plan on visiting the UK.

“London can be a lonely city, and the Melbourne Uni alumni is such a supportive space for Australian graduates in London,” said Amelia. 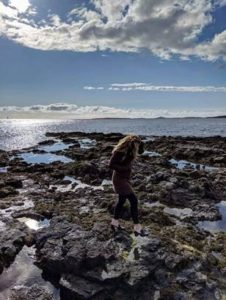 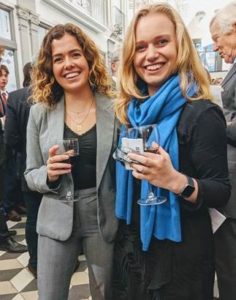 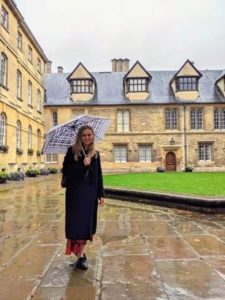 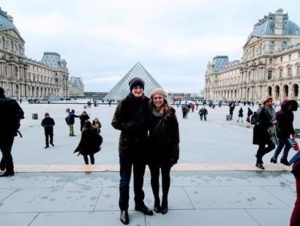