It is not easy to be accepted into NIDA. For the ‘non-auditioned’, NIDA is the National Institute of Dramatic Arts and is one of the most reputable places in Australia to study acting in all its guises. Some would say, the only place.

Each year, anywhere between 1,500 and 2,000 aspiring actors across Australia audition for the chance to be accepted into a class of just 20 students.

If you had told Emily Havea (2009 Aherne) that she would be one of the lucky 20 a few years after graduating from high school, she would never have believed you. Emily first auditioned for NIDA in 2010 and was unsuccessful but was instead accepted into the APO Arts Academy where she studied musical theatre from 4pm-8pm and simultaneously undertook a full-time dance course from 9am-4pm.

This, she did 5 or 6 days a week, greatly improving her chances of being selected to study a Bachelor of Acting at NIDA, which she achieved in 2012, streaming in Music Theatre.

“Studying the performing arts is not a quantifiable skill like other some courses where you work really hard, achieve the marks and therefore get into the course or the job.

“With acting, you can do a lot of study and not necessarily get the role so I do feel incredibly lucky that my hard work so far has paid off,” Emily said.

Emily graduated from NIDA in November last year and since then has been keeping busy on the show biz front in one way or another. From play readings to raise awareness and money for asylum seekers through to TV commercials, there have been few dull moments.

“It took me a while to realise I could make a career out of the thing I loved but looking back, I am grateful for the initial push in the right direction, especially from Mr Marc McIntyre and Mrs Jacinta Jackson in the Drama Department as they really helped me foster a love for theatre,” Emily said.

“I remember Mr McIntyre helping me with a Theatre Studies piece and telling me that I would make the Top Acts selection, which is an annual performance at the Melbourne Recital Centre by the top-scoring VCE Performing Arts students.

“I was just so surprised that he thought I was that good and as it turns out, I got into Top Acts that year.

“Mr McIntyre also strongly encouraged us to enroll in the Bell Shakespeare Company Rural Scholarship program. We all moaned about having to learn a Shakespeare monologue until I got a phone call one day to say I’d been nationally shortlisted.

“I didn’t end up winning the scholarship but that phone call was enough. Looking back on it all, I really have a lot to thank Marc for,” Emily said.

Emily now lives in Paddington, Sydney, and teaches kids drama classes at NIDA’s Open Program on the weekends. She is currently performing in an Australian premiere of a musical, which debuted Off-Broadway in 2012, Dogfight at The Hayes Theatre in Sydney.

“It’s crazy to think that the fun I had in my drama classes and school productions is now what I’ve decided to do with my life.

“Now that I teach a bit, I often think of my own teachers at Girton with a new appreciation of how they led a class.

“Mr Young, for example, my Outdoor Recreation teacher, was such a friendly teacher and easy to relate to, and then without warning he could silence the room with a look.

“He possessed the perfect balance of fun and rules and we all had such respect for him.

“When I teach drama to kids, I try to channel Mr Young, though never to the full effect, may I just say!

“I should also mention Mr Langley. His teaching style was similar to Mr Young’s and honestly, the respect I had for him is the only reason I did year 12 physics.

“I wasn’t too bad at Physics but by year 12, I already knew that it wasn’t where my heart was,” Emily said.

Emily has also just completed a term of Hand balance, Acrobatics and Conditioning class at Legs on the Wall and works at an upmarket bar/restaurant in North Bondi. We wish her all the best in her busy life and for her future, whether that be on the stage or screen or both. 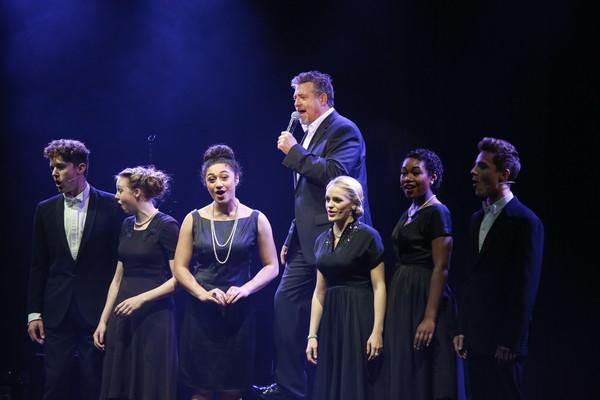