Mr Bob Denahy introduced Japanese language classes to Girton College after being invited by then Headmaster, Mr Bob Bickerdike, to become a staff member. Both gentlemen had previously taught at Geelong Grammar School, although immediately prior to introducing Japanese language at Girton, Bob was teaching in Japan.

Bob taught upper Primary and lower Secondary years from 1976 – 1979 inclusive. At the time, there were about 300 students with a staff of around 20.

After leaving Girton, Bob taught English as a foreign language to refugees escaping from the Communists in Laos. This took place in a refugee camp in Thailand.

Bob also spent time in Thailand with his wife and four young children. His wife is from Hiroshima in Japan and they have travelled to Japan frequently.

Bob is now retired (aged 80) and lives in Holbrook, NSW. He was recently back at the school as a visitor. He met our wonderful Head of Japanese, Mrs Mo Watanabe, and visited her Year 8 Japanese class.

After 45 years, Mr Denahy was overwhelmed at the strength of Girton’s Japanese program and the skill of the Japanese students. 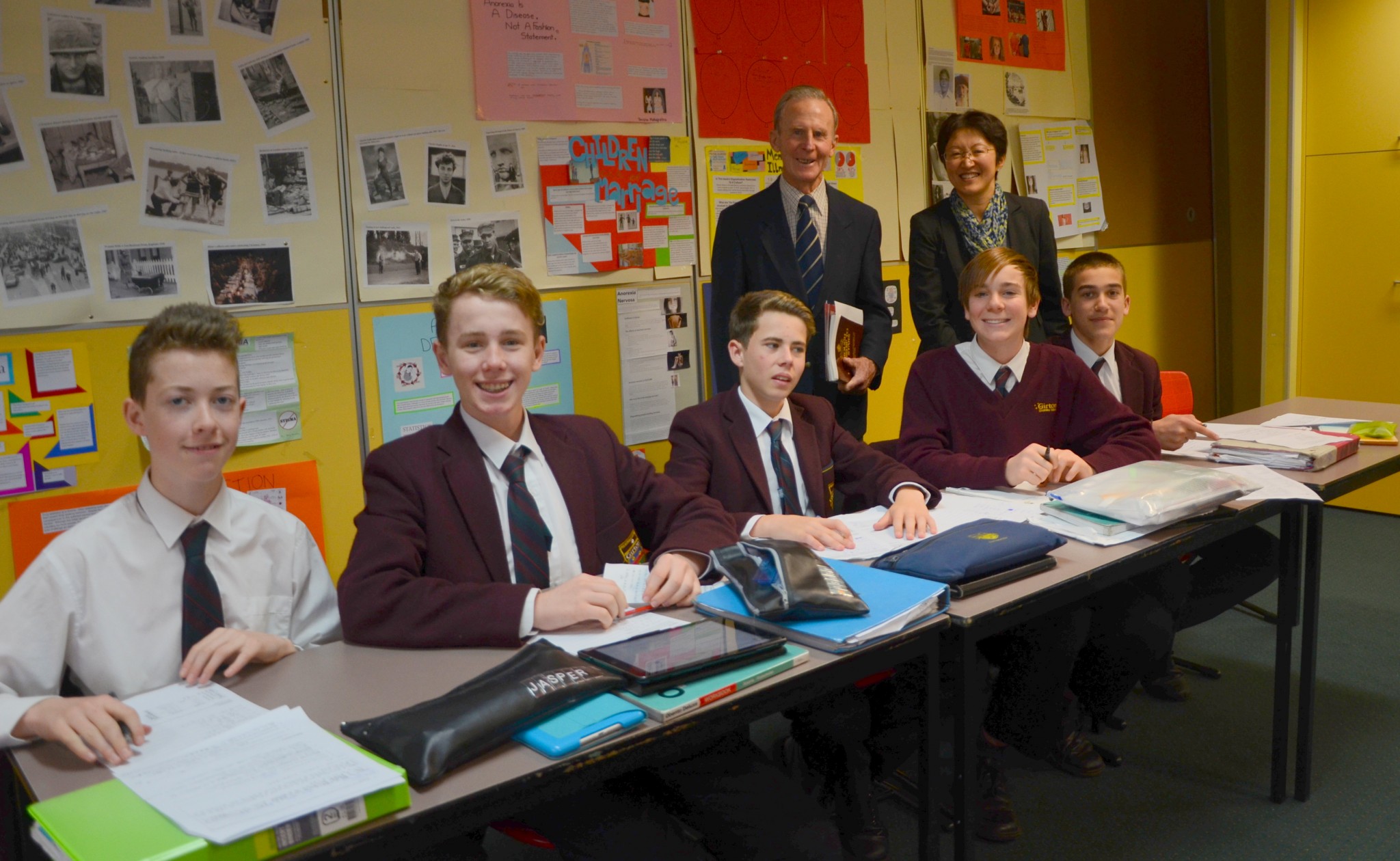