“I have carved in a tree in the Fitzroy Gardens for you, and the fairies, but mostly for the fairies and those who believe in them…”

…..for they will understand how necessary it is for have a fairy sanctuary – a place that is sacred and safe as a home should be to all living creatures.”

So wrote Old Girtonian Ola Cohn (1892-1964), ARCA MBE, when dedicating her wonderful gift of the Fairies’ Tree in the Fitzroy Gardens, Melbourne.

A set, together with ‘A Way with the Fairies’ Ola Cohn’s autobiography, have been donated to the Old Girtonians’ Association.

The recent gift to the school of three children’s books by Old Girtonian Ola Cohn and Ola’s autobiography are part of a long association with Girton College and Girton Grammar by the decedents of the Cohn brothers, Moritz, Julius and Jacob. In 1853 the three Danish brothers, whose father was a confectionary manufacturer, walked into the Bendigo diggings seeking business opportunities. By Christmas they had a general store, later building and managing hotels before starting a brewery and cordial factory in Bridge Street, Bendigo.

The brothers, besides their successful business ventures, were active in the early development of Sandhurst (later Bendigo). Between them they served on the committees of the hospital, Benevolent home, building society, art gallery, rifle brigade and as councillors (Jacob was mayor of Sandhurst 1888-1889).

From these men six generations of students have attended Girton from its foundation in a Hustlers Terrace house to the present day. Current students Hugh Bruinier (12 Frew) and Sophie Bruinier (8 Frew), are part of Girton’s long history.

Author of the books, Ola Cohn was born and educated in Bendigo. As a young person she chose to be a sculptor. Later she set off to London to study at the Royal College of Art. Returning to Melbourne she set up in East Melbourne buying a property with a flat upstairs and studios on the ground floor. The studios became an important centre for artists, especially the Melbourne Society of Women Painters and Sculptors. Known as the first ‘modern’ sculptor in Australia, Ola was a prolific artist and has works represented in most of the nation’s art galleries and museums.

The books have been placed in the Junior School library at Girton so that young children can enjoy the stories based on the figures sculptured into The Fairies’ Tree, and join the generations of Australian children whose hearts and imaginations have been captured by the beautiful and unique tree.

Sets of the books are available from Leo Bruinier via leo@afsbendigo.com.au. We are truly grateful for the donation from Helen and Leo Bruinier and very proud to have this fascinating story linked to the Girton community. 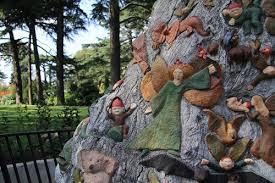 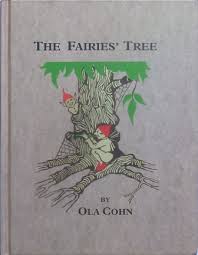