Two recent Girton graduates have moved to Melbourne to cut their teeth in the Performing Arts industry. One has joined the prestigious National Institute for Dramatic Arts (NIDA) and the other has been selected to be a part of the Victorian College of the Arts (VCA) Foundation program.

HANNAH HOLMES is known to many at Girton as “Belle” from last year’s Senior School production of Beauty and The Beast or as the “Killer Queen” from the Speech Night Spectacular. But few would know that the acting ice breaker for her was in kindergarten when she sang Away in a Manger.

“By Grade 4, Drama was by far my favourite subject,” Hannah said.

“Although I am more nervous about singing than acting, any anxiety I experience has generally been overshadowed by the excitement I feel when I perform,” she said.

Hannah has performed in Girton Grammar productions ranging from being in the chorus in Oklahoma and the Cheshire Cat in The Wizard of Oz to “Little Red” in Into the Woods and Annabella Schmidt in The 39 Steps. She has also performed with the Victorian Opera and Nexus. In Year 11, she received an A+ for her Unit 3/4 Drama subject.

Hannah said that the compulsory productions at Girton are a great avenue for creative outlet.

“Rehearsing and performing together forms tight knit communities which transfer across other areas of the school and strengthen the school community in general.

“It’s such a great way to meet friends. If you are afraid at all, take the leap – it will be one of the most fulfilling experiences you can have. Drama and singing made my whole school journey much more enjoyable,” she said.

Hannah is officially on a Gap year but was selected to participate in NIDA’s Screen Actors Studio at The Guild in Melbourne, which takes place every Saturday.

“I auditioned for the Bachelor of Acting with NIDA and although I was not admitted into the course, I have made it into their Screen Actors Studio.

“This is the first time that NIDA has run any courses in Melbourne so I’m really excited to be a part of it.

“I auditioned for both the Actors and the Screen Actors Studio courses and was offered a place in both but they run at the same time so I had to make a choice.

“I’ve not done screen acting before and was curious about it, so in the end, it was not a difficult decision,” Hannah said.

The NIDA Screen Actors Studio runs for a full year from 11.00am until 5.00pm every Saturday. There are 16 students in the class and so far students have worked on focus exercises, general acting exercises, physical and vocal warm ups. Hannah has moved to Melbourne to immerse herself in her course and in all that the city has to offer for amateur actors. She has recently moved in with her sister, who was Girton School Captain in 2013 and currently studying Biomedicine at University.

“I plan on auditioning for roles through Melbourne University and other theatre companies in Melbourne.

“I will audition again with NIDA at the end of this year for their Bachelor degree and I also have the option to audition for Federation University, Western Australia Academy of Performing Arts and VCA to do a Bachelor of Music Theatre or Acting.

“For now though, I am really keen to get everything that I can out of the NIDA Screen Actors Studio.

“My goal ultimately is to write a piece of theatre or film that is shown to a significant audience and to financially support myself in the Performing Arts industry,” Hanna said.

GRACE PHILLIPS, as well as being the 2016 School Captain, is a peer and friend of Hannah’s and has this year been selected for the Foundation Program for Contemporary Music at the Victorian College of Arts (VCA).

“There are only 20 people selected for the Bachelor of Music Theatre at the VCA each year.  In 2016 there were around 800 national and international applicants.

“Fourteen applicants from the final call-back for the Bachelor Course are chosen to take part in the Foundation course and this year, I am so lucky to be one of those people.

“It simulates the Bachelor of Music Theatre, except less intense than the 5 day week tuition for the Bachelor Course. The Foundation course is over 3 days a week,” Grace explains.

“I’m really excited because it means I get tuition from VCA teachers who teach in the Bachelor degree and I will be working closely with the first and second year students as well as watching performance classes.

“I will have access to all of the VCA facilities and, all of this is not only fantastic in its own right, but it will hopefully put me in a really good position to make the Bachelor course next year,” she said.

“Melbourne is such a vibrant city, and offers a wealth of opportunities for all of the performing arts. I’m so excited to immerse myself in what Melbourne has to offer.

“I’m so looking forward to getting exposure to the industry and I’ll get involved in the Choirs and productions that St Mary’s College puts on each year,” Grace said.

Grace recently started in a Melbourne based band, “Them High Spirits” which is a Soul / Rhythm Blues band with 8 members, including her older brother, and three other Old Girtonians.

“The band is currently finalising its repertoire of original songs and we hope to gig at pubs and clubs around Melbourne.

“I will also be auditioning for as much amateur theatre as I can.

Grace’s experience on the stage is as varied as it is deep. Starting in Year 2 in the chorus of The King and I through to Cinderella in Year 10 in Into the Woods; Pamela Edwards in Year 11 in The 39 Steps; and Mrs Potts last year in Beauty and The Beast. Grace also performed in the world premiere of Ned a New Musical at the Ulumburra Theatre in Bendigo and was also Musician of the Year in Year 11 and Year 12. She received an A Grade for her VCE Theatre Studies exam and a perfect score for her external Music Examination for Music Investigations in Year 12. Many will recall her as Scaramouche in last year’s Speech Night Spectacular.

Grace said that she used to be terrified of getting on stage.

“I’ve always loved music and singing and as soon as I did the Junior School idol and performed ‘Love Story’ by Taylor Swift I was hooked!

“At first, I was terrified but it was thrilling and I wanted that feeling again so I’ve never looked back. “

“Getting on stage is a great way to express both yourself as an artist and as the character scripted.

“I’m not overly worried about what an audience might think because I know they are there to encourage success, not to see you fail.

“I think it’s about trusting yourself to do exactly what you need to do, and what you know you can do. And of course, it’s about good preparation,” Grace said. 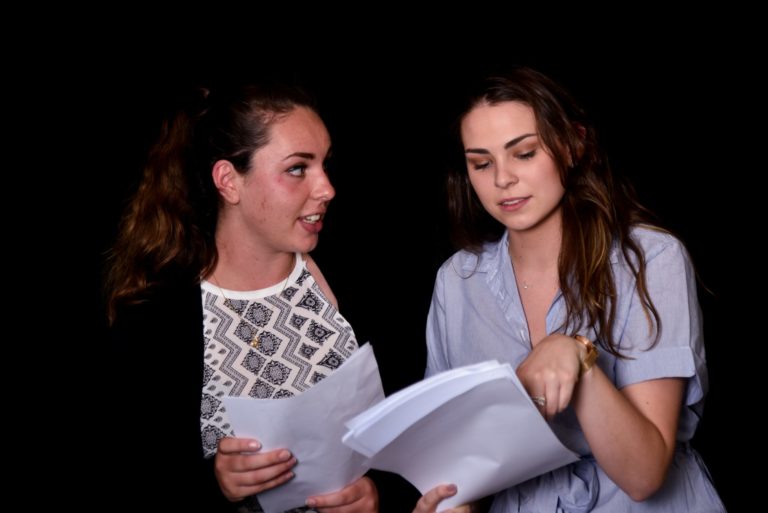