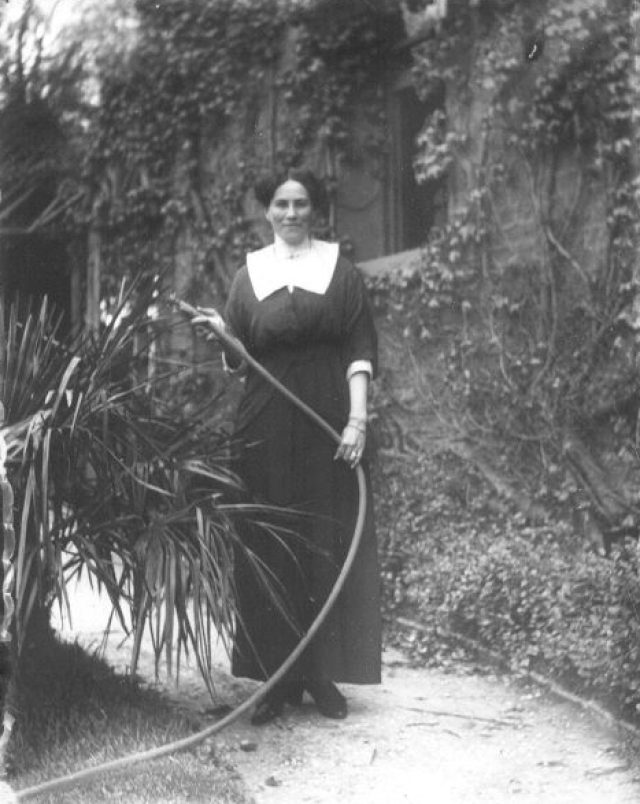 Miss Alice Cocks, formerly Chief of Staff of the Church of England Girls’ Grammar School, Geelong, was appointed headmistress at Girton from the beginning of 1914.  Before taking up her duties at Geelong she had teaching experience in England, on the Continent and in Victoria.

Some of her former pupils stated that Miss Cocks was a very good headmistress.  They said, “She was a good disciplinarian.  She was very popular and the girls liked her.  We, who were boarders, were very happy when she was headmistress.”  One of them said, “Miss Cocks had a very good knowledge of world affairs.  She gave us a good education and we were all fond of her.  We realised later that we had a good all round education under her.  When I went to Europe I know a lot, because of the things she had told us at school.”

In her annual report Miss Cocks reviewed girls’ grammar schools in England and Australia.  She then said “It is for the people of Bendigo to say whether a school of this nature shall be a real factor in the life of her future citizens.  In connection with this, I should like to say that nowhere else could more promising material for our work be found.  From what I have seen of her I can confidently maintain that the Bendigo girl is worthy of the best that can be given her.  We are ambitious for these girls and for the school.  Our school motto inspires us, and lifts our ambition to unlimited heights.  “Through difficult ways we reach the stars.” Per Aspera ad Astra.

When Miss Cocks referred to her resignation, she said “In retiring from my position at Girton I want to say how much I have appreciated the courteous consideration I have always received from the school council.  I also gratefully acknowledge the constant and untiring co-operation of both the teaching and domestic staffs, and the help the teaching and domestic staffs, and the help given this year by the head girl (Nancy Green) the probabationers Frances Howell and Dorothy Greaves, and the other seniors… Bendigo needs Girton.  The girls of Bendigo are worthy of the best they can be given.  It remains for Bendigo to make the school worthy of so important a provincial centre/”

Miss Cocks resigned at the end of 1916 to marry the Reverend F.A.W. Kilbey of Golden square and Warden of the Technological Hall at Kangaroo Flat.  Her resignation was received “with very great regret”.  She had seen Girton safely through the difficult period of transition from Rowan to Mackenzie Streets.  She also had helped to lay the foundations for the future for administration of the school which set its course for years which lay ahead.  She had been a very fine headmistress.  She died on 7 September 1944.