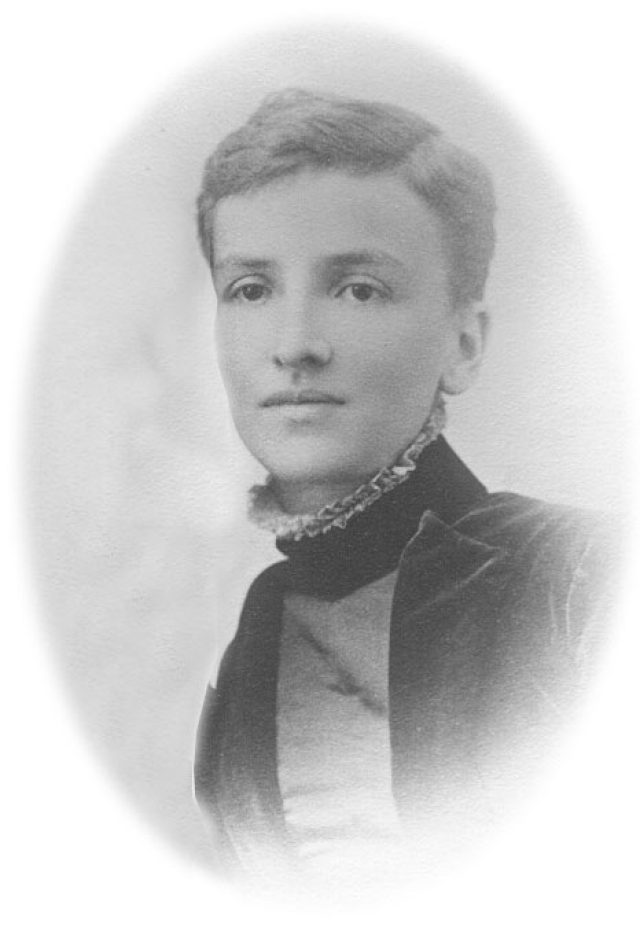 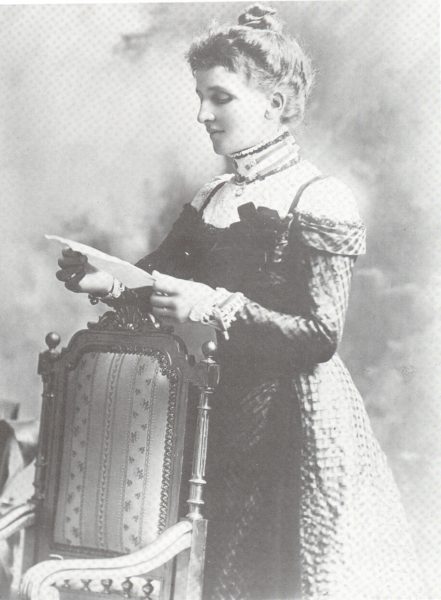 Miss Alice Mary Hill (later Mrs Millward) was born in Geelong in 1858 where her father, Alexander Hill, was a Post Office official.  Her mother’s name was Emma (nee Oliver).

Miss Hill was a very gracious person.  One of her pupils, after describing Mrs Aherne, said that Miss Hill “was of another pattern.  The sweetness of her nature, and her absolute justice, were very dear to all her pupils.  At heart an educationist, she was well fitted for her position.  From a young child she decided on teaching as a career, for which she was equipped by her wonderful brain power and versatility, being equally gifted in mathematical, literary and artistic subjects.  At fourteen she presented herself for the first matriculation examination ever held in Victoria, and was successful in passing in eight subjects: then she entered the training College, and was successful in every examination for which she entered.  After this, she joined Mrs Aherne in Stawell, and when they opened in Bendigo there could have been no two women better equipped for educating young girls.”

Miss Hill passed the first matriculation examination ever to be held in Victoria.  Obviously, she was anxious for women to attempt University courses.  Why she herself did not go to the University and take a degree is not known.  Possibly her parents could not afford the fees which were often out of the range of the average working person in those days.

Miss Hill was a fully committed member of the Church of England.  She became deeply involved in church work at All Saints’ Pro-Cathedral during her years in Bendigo.  Mrs Aherne was a staunch Roman Catholic.  Contemporary pupils stated that the difference of denomination did not affect their deep friendship nor the religious activities at Girton.  Prayers were said at the school each morning, Miss Hill taking the non-Roman Catholics in the main classroom and Mrs Aherne led in the few Roman Catholics in one of the small rooms.

In 1890 Miss Alice Hill married Charles Edgar Millward, a contractor and a bachelor both at 31 years of age.

With the death of Mrs Aherne in 1897, Mrs Millward became the sole Principal of Girton College.

Throughout the whole of 1911 Mrs Millward was very ill and unable to take any active part in her work at Girton.  In the earlier part of the year she underwent a serious operation and returned to Bendigo in April.  Her condition improved slightly and in the middle of the year she was able to get out a little.  She had a relapse in August and from then until her death in December she was unable to leave her bed.

The annual speech day took place on 14 December 1911.  The Bendigo Advertiser stated that owing “to Mrs Millward’s illness the ceremony was very quiet and very simple in character.”  The report was given by the Acting Principal, Miss Lily MacGillvray.  During the course of his address the Bishop referred to the continuation of the school the following year under the management of the Church of England, “a matter which has been arranged within the last month.”

Alice Millward died on Saturday 30 December 1911.  An obituary appearing in the Bendigo Advertiser on 1 January 1912 stated “The late Mrs Millward, who had been principal of Girton College for 28 years, came to Bendigo from Stawell with her then partner, the late Mrs Aherne, and they established a boarding school in the city.  Mrs Aherne died about 14 years ago, and since then Mrs Millward carried on the College alone.  The deceased lady was a native of Geelong, where she was married about 22 years ago.  She resided for many years in the house in Short Street, now occupied by Mrs F Hunter, but on Mrs Aherne’s death she removed with her family to Girton College.  She leaves a widower and a son and daughter.”  She was 53 years of age.  Her daughter, Marian Grace was twenty at the time.  She had been a student at Girton for a number of years.  She had obviously been named Marian after Marian Aherne, although she was usually known by her second name Grace.  Her son was Edgar Charles (Ted) aged 15 years at this time.  Ted Millward was killed in action during World War I.

Mrs Millward was buried in the Bendigo cemetery on 31 December 1911.  Bishop Langley said at her funeral: “Mrs Millward has for many years filled a unique place among us.  She has endeared herself by her gentleness, courtesy and kindness of heart and liberality.  We thank God for her selfless life.  She found the true source of earthly happiness in living for others.”

In a lengthy tribute to Mrs Millward the Bendigo Church News in January 1912 stated: “Since the death of Mrs Aherne, the founder and first co-principal of Girton 14 years ago, Mrs Millward has carried on the college, as the sole lady principal.  During the period of her labours here, about 28 altogether, there have been scores, hundreds of girls who came for a shorter or longer time under her influence.  Two generations indeed have grown up under her care.  Many of them are now workers, wives and mothers, and have scattered far and wide throughout the Empire… Tributes to her many educational abilities, her culture, her refinement, her charming personality, her womanly tact and tenderness to all the children committed to her charged – none of these would be missing… Mrs Millward has laid sure foundations.  She has left us grand traditions and ideals.  She has built well.  But there is work still to be done, in building up the characters by true education of the girls and women of the future.  She has completed her life’s work.  She rests from her labours, but those whose rest is yet to be won may thank God and take courage…”

These outstanding tributes were not empty eulogies.  They were true.  Alice Millward (nee Hill), had been the teacher and organiser, while Marian Aherne had been the visionary and planner.  The gifts of each woman complimented the other.  They worked together for fourteen years to establish the College.  Alice Millward continued for a further fourteen years on her own continuing the work they had begun.  No Girton Principal has spent so long a time in this position.  She was unique.  The testimony of her few remaining students who are alive today is unanimous.  “She was a lovely, gracious lady.”