Dr Madeline Mitchell (OGA 2004) is on a mission to smash society’s gender assumptions about scientists and increase the visibility of women in STEM. This is an utterly achievable mission based on Madeline’s awe-inspiring Curriculum Vitae. However, those who knew Madeline at school might be a little surprised, only because by her own admission, she was shy.

“In Year 10, I did graphic design for work experience and thought it was very amusing when I got a prize for Science.

“I suppose I have found ways to incorporate my different interests into my life and career even though I feel I’ve only been working it out one step at a time,” said Madeline, a loyal Frew graduate.

Madeline came to Girton halfway through Year 6 and spent a year on exchange in France between years 11 and 12, therefore completing Year 12 in 2004. She says that Mrs Jenkin was one of her most influential teachers.

“She was so knowledgeable and passionate about literature.

“She suggested I read Virginia Woolf’s ‘A room of one’s own’ for an assignment and this sparked a love of Woolf’s writing and was the first (of many!) feminist texts to shape my views.

“Although I’m a scientist now, my grounding in humanities helps me communicate with a wide audience while ongoing learning about gender and other inequalities helps me navigate, and, I hope, improve, the world,” said Madeline. 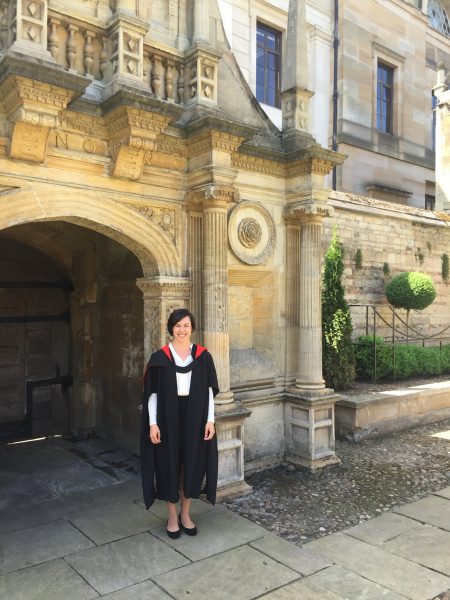 Madeline at University of Cambridge for her PhD graduation. Photo courtesy of David Mitchell.

The list of scholarships, awards and other accomplishments achieved by Madeline since leaving school is astounding. She is currently a member of the Cambridge Australia Trust PhD scholarship selection committee and has been published twelve times in international peer-reviewed journals. She was a mentor for PhD students at CSIRO, is currently a Research Fellow for the Centre for Urban Research at RMIT, and she completed her Doctor of Philosophy in the Department of Plant Sciences on the Herchel Smith PhD Studentship, one of the most prestigious and highest value studentships offered at the University of Cambridge.

Madeline is one of only sixty women scientists selected by Science & Technology Australia to participate in the 2019-20 Superstars of STEM program, which involves undertaking media and communication training to provide role models to encourage girls into STEM.

As a guest speaker at the most recent Girton VCE Conference at Deakin University in Waurn Ponds, Madeline is an excellent mentor for our students, speaking passionately about the need for women in Science and making a STEM career choice more tangible for our students. It is clear that she enjoys connecting with the next generation of scientists.

But like most people, Madeline started small and worked in hospitality to support herself while she undertook her studies as an undergraduate. Her next casual gig as a laboratory demonstrator and as a research assistant in a botany lab and at RMCG set her on a more defined pathway.

“These later jobs were a great way to get relevant experience. I was also a resident tutor at Queen’s College (Melbourne University), and I enjoyed the opportunity to develop my teaching skills.

“I continued to do some demonstrating and outreach work during my PhD. After my PhD, I took up a position as a plant scientist at CSIRO Agriculture and Food in Canberra. I worked mainly in plant biotechnology developing new crops to benefit farmers, consumers and the environment,” Madeline said.

Last year, Madeline moved back to Melbourne with her husband, a fellow plant scientist, to take up a dual role with RMIT University and the Food Agility Cooperative Research Centre. Madeline is leading a research program to better support farmers in managing their natural capital such as plants and animals, soil and water, for sustainability, profitability, and climate resilience. In her role, she liaises with a broad range of stakeholders, from farmers to financial institutions, and a diverse range of researchers.

Outside the laboratory, a greenhouse, a farm, or out from behind a speakers podium, Madeline has more talent yet. She was the Women’s Captain of the Cambridge University Olympic Gymnastics Club and travelled to Antarctica with the global leadership initiative, Homeward Bound. As if this is not enough, she can also knit;

“My sister and I knitted jumpers ‘together’ (virtually) during lockdown, and I’m getting into sewing now, so I still have a creative outlet,” she said.

It would seem that this Old Girtonian is unstoppable, but being conscious of reducing her environmental footprint, she is enjoying being back in Victoria.

“After nine years away, I am loving exploring much more locally. I really missed the landscape, and of course the plants, of home, as well as the people,” Dr Mitchell said.

Note: For those who dream of a pure cotton shirt that does not need ironing, Madeline and her research team may have the answer: https://www.csiro.au/en/News/News-releases/2018/Next-generation-cotton-you-wont-have-to-iron 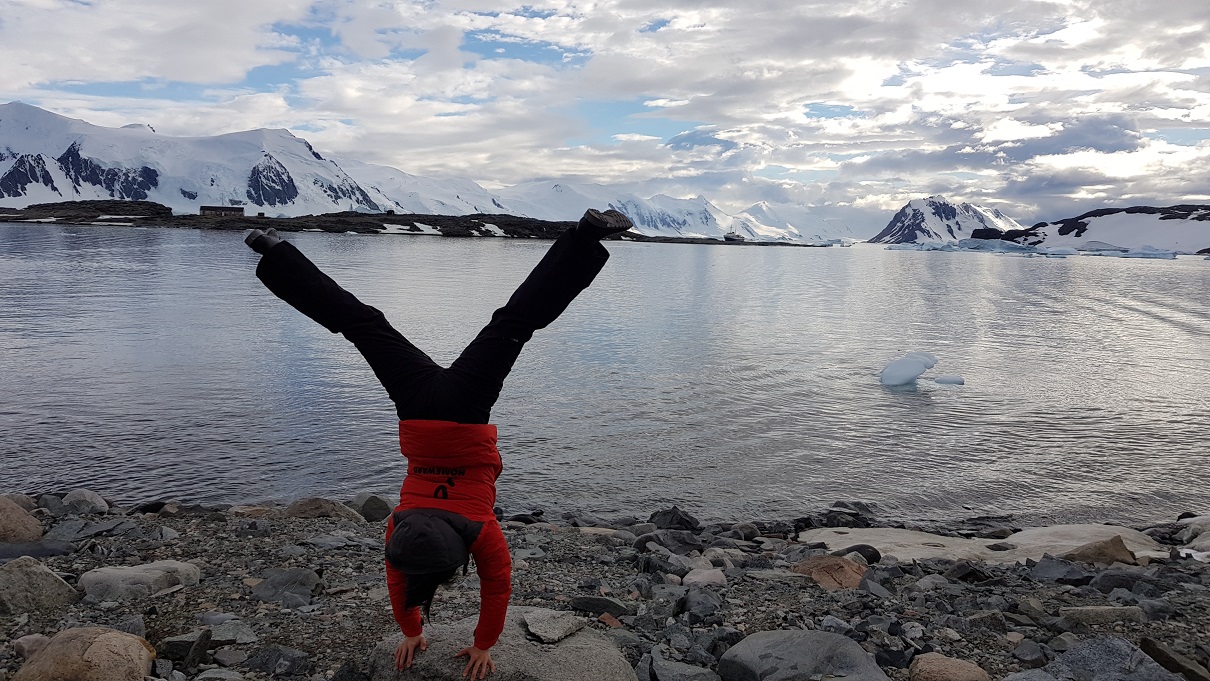