Morgan Coleman (OGA 2007) is not a Vet, nor can he write a single line of code. And yet in April this year he launched an app called ‘Vets on Call’ that allows pet owners to organise consults with fully qualified veterinary experts in their own homes. He is the glue, if you like, between those with the technological and the veterinary capability.

Morgan says that he never envisaged “in a million years” being the CEO and Founder of a tech company.

“I always knew I would end up in business but I thought it would be solely in property, having started my own property development company in 2016,” he said.

“Whilst at Melbourne University studying a Commerce degree, through CareerTrackers I took up an internship with the global property company Lend Lease, which ended up transitioning into my first full-time job. 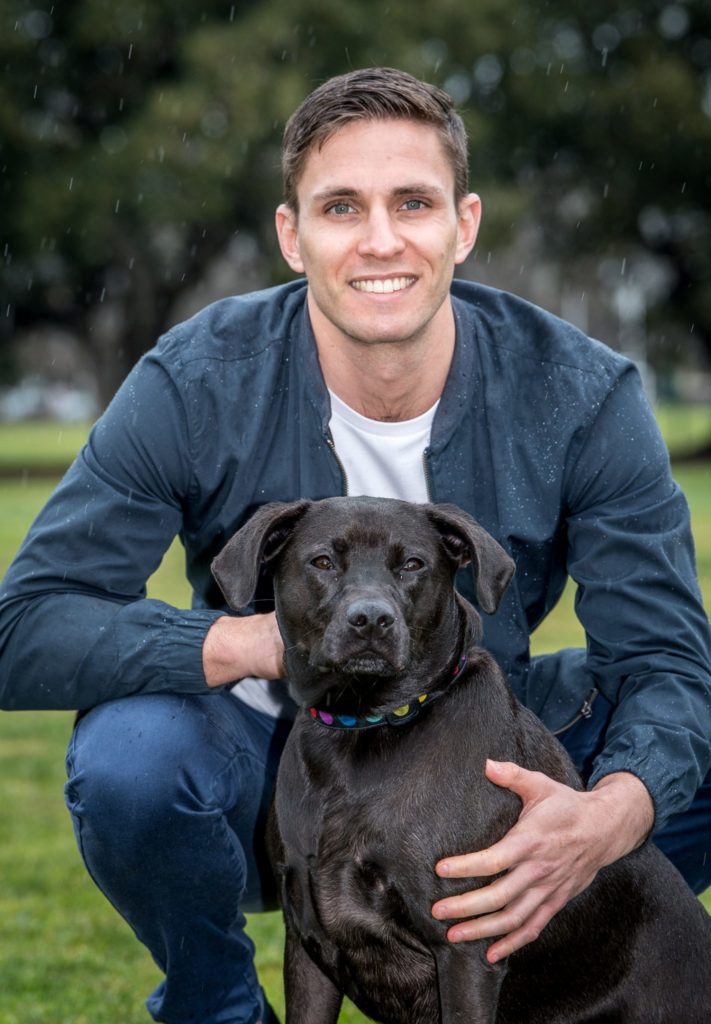 “CareerTrackers is a national non-profit organisation that creates internship opportunities for Indigenous university students, linking them with private sector employers.

“I had several roles in Construction Management and Development Management with Lend Lease in Melbourne and Sydney during my four-year stint there, which gave me the confidence to go out on my own,” Coleman said.

Confidence is something that Morgan gained in spades through his internship, developing many professional skills on a diverse range of projects. He quickly became comfortable walking into an office and attending meetings with executives. He grew self-assured in voicing his opinion in areas in which he was knowledgeable.

“The highlight of my internship was being awarded the National Intern of the Year for the CareerTrackers Internship program in 2011, which lead to me being the Australian representative to attend the INROADS conference in Dallas, Texas.

“I will also never forget being a guest speaker at a Lend Lease Board event and the CEO saying publicly afterward that my speech was the highlight of his working career,” Morgan said.

The flip side of this success is that Morgan has suffered through workplace bullying, having been racially vilified and ostracised for an extended period by two people professionally senior to him. Although he sees this times as having been extremely difficult, one cannot help think it has steadied his resolve to see the opportunities, rather than the problems, in life.

“I purchased my first home and then sold it and everything else I owned to fund Vets on Call. Buying my first home was a proud moment so it was not easy to let it go.

“I got married earlier this year, adopted two dogs, one of which was the catalyst for Vets on Call after a vet visit that left me disappointed and my dog very stressed.

“I thought about the lack of convenience and the stress that a visit to the vet can cause not only the pet but the pet owner and also the affordability, and that’s when I began work on the Vets on Call app,” he said.

Perhaps some of Morgan’s determination was also founded many years ago at School, where he says three teachers, in particular, saw potential in him that he could not see for himself at the time.

“I have a few Girton teachers to thank for instilling a sense of belief in myself that, however small at the time, has grown as I have matured.

“Firstly it would be Mr. Rick McWaters. He was tough, fair but incredibly personable and I remember several times where he justifiably pulled me into line.

“Secondly, it would be Mrs. Kerrie Stewart, I found a niche in her class (Accounting) that I excelled at and she really nurtured my capability.

“Lastly, it would be Mrs. Sharron Ryan. Mrs. Ryan was a brilliant teacher and ensured that despite finding her subject difficult I never fell behind,” Morgan reflects.

Perhaps it was some of Morgan’s self-belief that allowed him to secure an internship with The Foundation for Young Australian’s early on in his University days. Along with another intern, he created The National Indigenous Youth Leadership Academy that was awarded $1.7m in Government funding and has now been operating nationally for over 5 years.

Morgan professes to not have traveled too much, having “only” seen all of South East Asia, India, a little of Europe and the UK, Mexico, Cuba and the US!

As someone who likes to remain fit and healthy, Morgan is likely to have many, many years to tick off travel destinations and to pursue the business ventures that fuel his passion.

“I love to snorkel and free dive and ensure that I get away as much as I can to do this. I like to make sure that any holiday destination provides the opportunity to do some underwater exploring that I’ve not done before,” Morgan said.

Entrepreneurial in business and in leisure, it seems that Vets on Call is not likely to be the last we hear of Morgan Coleman.