Since leaving Girton Grammar, Kathryn Field (Riley House and Dux of Year 12 in 1993) has not only kept studying, but also added full time work, travel and motherhood into her life.

And it has not been any old study, or any old work. Kathryn is a medical oncology doctor, or cancer specialist. To achieve this she has obtained a Bachelor of Medicine and Bachelor of Surgery at Melbourne University; a Certificate of Oncology Clinical Research at Melbourne University; and a Masters of Public Health at Harvard University, completed in twelve months whilst on a Fulbright Scholarship. Kathryn was also awarded a Frank Knox Fellowship to Harvard.

For someone who has tread such a defined career path it is surprising to know that Kathryn did not think she would end up where she has. The broad range of VCE subjects that she took on, ranging from languages, music and history to maths and science, is perhaps an indication that she could probably have taken many directions with her career, especially seeing as she finished as the top female student in the State in the 1993 VCE cohort and fifth position in the State overall.

“Studying at Harvard was a dream of mine but I never imagined that it would come true.

“I lived in Boston with my husband for the 18 months while I was doing my degree at Harvard so we were able to do lots of travel around the USA.

“My now 18 month old son was actually born while we were in America so he is a U.S as well as an Australian citizen.

“I also took a year off after 4 years as a doctor and travelled all over the world including to Mount Everest Base Camp, the pyramids in Egypt, Mount Nemrut in Turkey and lots of places in between,” she said.

Kathryn said that she had many teachers at Girton who inspired her but one of her favourites was Mrs MacCulloch.

“She was so passionate and made history come to life in our classes.

“My maths teacher, Mrs Webster, was also great. She was able to make maths interesting, exciting and enjoyable,” she said.

Kathryn’s stellar career has humble beginnings and before becoming a doctor she had many different jobs to get her through university.

“I worked in a string quartet at weddings, customer service at Bakers Delight, office administration for a Japanese company on Collins Street, and as a waitress in a Lygon Street restaurant,” she said.

Now a doctor for more than 15 years, Kathryn currently practices in Melbourne and tries to fit in as much photography and travel as she can whilst juggling her roles as wife and mother. 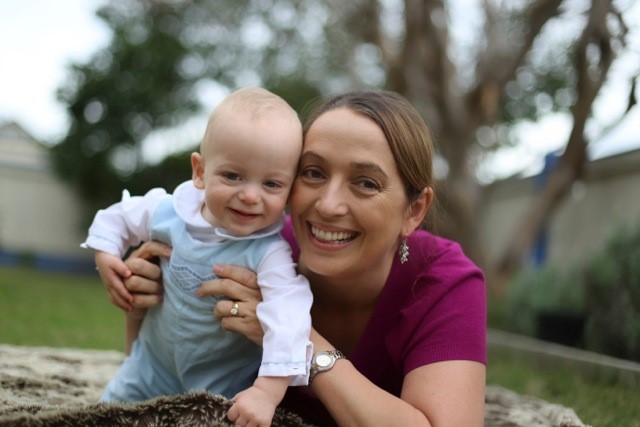